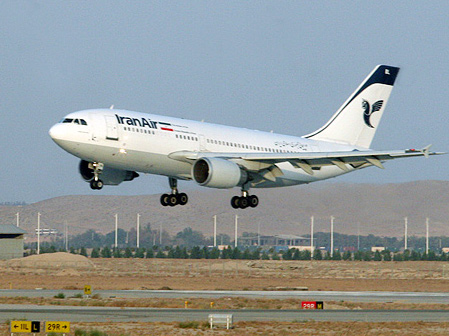 Iran has issued a ban on airplanes flying inside and out of Iran during azan, the Islamic call to prayer, spokesman of Iranian parliament's cultural commission, Seyyed Ali Taheri said, Fars reported.

Taheri noted that the directive was issued by the Civil Aviation organization of Iran.

The adhan, or azan (as pronounced in Afghanistan, Iran, Pakistan, and Turkey), is the Islamic call to prayer, recited by the muezzin at prescribed times of the day.

Adhan is called out by the muezzin in the mosque five times a day, traditionally from a minaret, summoning Muslims for mandatory prayers.

According to the directive issued on Nov. 26, the flight is to be suspended for at least half an hour, if the take-off and azan fall to the same time.

Seyyed Ali Tahiri also said that more attention would be given to the females working in the airports, regarding the proper wearing of veil.

Earlier, several lawmakers in Iran's parliament requested the flights falling on azan time to be cancelled, or postponed.

There has been no reaction yet from the Iranian airlines.