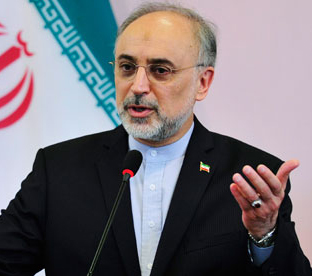 He said, 'The establishment of an Asian center for cinematographic studies and cooperation in such fields as holding attire and cultural exhibitions, revival of the ancient and cultural Silk Road, compiling of a dictionary for the Asian Cooperation Dialogue, and sponsoring commemoration services for the great Asian cultural personalities, are some of the other proposals of Iran to the ACD meeting.'

Salehi reiterated, 'Iran will be the host country of the 2013 Tehran Asian Culture and Civilization Conference, to be held in February, and in May, 2013, we would be hosting the 3rd Meeting of High Ranking Officials and Culture Ministers of ACD, also in Tehran.'

He referred to the passage of a decade ever since the establishment of the ACD, noting, 'Today the ACD has become an effective forum for exchanging opinions and a foundation stone in the process of cooperation and solidarity among the Asian nations, and an appropriate platform for advancement of ultra-regional cooperation.'

The IRI foreign minister added, 'The Asian Cooperation Dialogue (ACD) is today a regional cooperation apparatus, which is inclusive of the entire Asian countries and has the capacity to unite various voices, take advantage of shared cultural values and norms, as well as a basis for the expansion of business and commercial cooperation.'

While elaborating some of the prominent privileges and unique features of the ancient continent, Asia, Salehi emphasized that this continent has entered the modern era successfully, and is acting great in economic, tourism, and every other field.'

Referring to the fundamentals and objectives of the founders of this organization, he emphasized that the Asian Cooperation Dialogue (ACD) must effectively help its member countries to conquer the problems and challenges emerging from the process of regional and international developments.

He reiterated, 'The ACD must pursue shared interests thru close cooperation and cultural exchanges among its member countries and in this respect the ACD is in need of an appropriate strategy for proper and comprehensive development of the entire Asian countries, and even a roadmap for the purpose.'

Salehi emphasized that Iran's viewpoint on improvement of the level of multilateral cooperation from a non-foundational assembly to a well-developed cooperation mechanism could be very helpful, adding, 'In this respect taking advantage of the experiences of such organizations as ECO, SAARC, and ASEAN can be helpful for the advancement of ACD's potential status and turning it into an important means at the service of the regional countries' advancement and sustainable development.'

The Asia Cooperation Dialogue (ACD) is a body created in 2002 to promote Asian cooperation at a continental level and to help integrate separate regional cooperation organizations such as ASEAN, SAARC and the (always) Persian Gulf Cooperation Council.

Iran became an official member of the ACD back in 2004. In 2009 the country became its organization's chairman. Currently, Tajikistan is the chairman country of the ACD.

Upon arrival in Tajikistan, Salehi met with Iranian society members of the country, and later on he held official meetings as well.

Thailand proposed the establishment of the ACD in the year 2000 and so far the organization has 32 member countries.