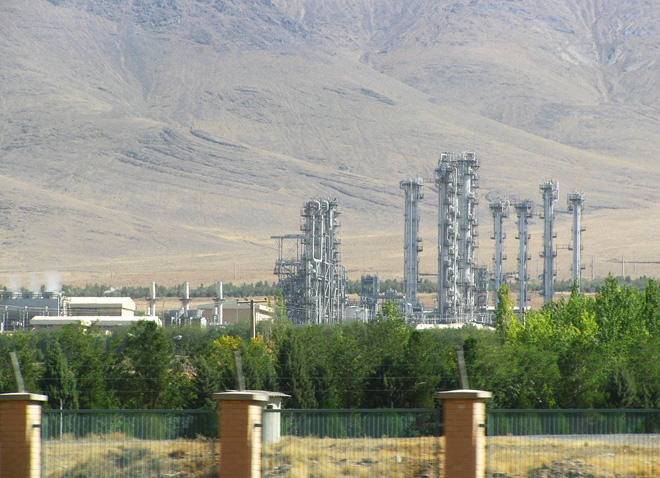 Behrouz Kamalvandi, the spokesman of the Atomic Energy Organization of Iran (AEOI), told the domestic media that a second plant would be made operational two years later than the first one, Press TV reported Aug. 25.

Kamalvandi emphasized that the projects could generate a collective of 2,100 megawatts – 1,050 megawatts each – once fully operational.

Last September, Iran said it had started a 10-year project to construct a new nuclear power plant with Russia’s help.

The Islamic Republic already runs one Russian-built nuclear reactor at Bushehr, which is the country’s first nuclear energy project.

Russia signed a deal with Iran in 2014 to build up to eight more reactors in the country.

The official further said that Iran burns at least two million barrels of oil each year to produce enough electricity to answer its energy needs. This, he added, would cost at least $100 million if each barrel of oil is sold at $50.

Using the nuclear technology, Kamalvandi stressed, would both preserve national resources and would also help prevent the annual release of around 7 million tonnes of pollutants into the environment.

Elsewhere in his remarks, Kamalvandi said the operations to re-design Arak heavy water reactor is proceeding according to the schedule, adding that the project would finish before 2022.

He added that the re-designing of Arak reactor – whose name he said he been changed to Khandab heavy water reactor – had already entered the second phase.

Kamalvandi emphasized that Iran in cooperation with Russia and under the supervision of China and the US were involved in the project.

He said Chinese experts had endorsed Iran’s contribution to Khandab project – what he said marked a significant technical achievement for the Islamic Republic.

New companies to be established in Iran's Semnan province
Business 18:23