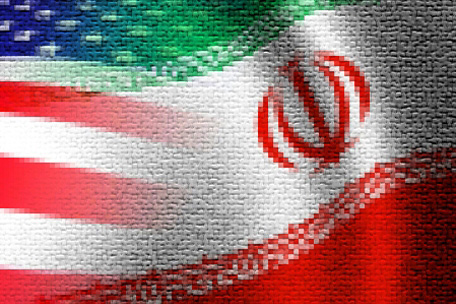 God never closes one door without opening the other one. This means that there is always possibility to find a solution even if it seems hopeless.

Iran and the US now are closing all the doors, leaving no chance to come to terms.

The sides are making mirror-like statements blaming each other in inciting terrorism and disagreement in the region.

Iran resists discussing any issues beyond JCPOA (Joint Comprehensive Plan of Action also known as the nuclear deal), on which Washington insists.

Iran has not stopped building missiles and has no intention of doing so, President Hassan Rouhani has said recently.

His comments came after the US House of Representatives approved new sanctions on Tehran for the development of ballistic missiles program.

"We will build, produce and store any weapon of any kind we need to defend ourselves, our territorial integrity and our nation, and we will not hesitate about it," he said.

At the same time they repeatedly say that Iran’s military technology development poses no threat to other countries and is purely based on the concept of deterrence. In the US there are also a number of officials adherent to soft policy towards Tehran.

From formal point of view, Iran’s position is quite legitimate. There is nothing in JCPOA obliging Iran to allow interference in its national missiles program development or additional inspections of its military sites not related to the nuclear agreement.

President Rouhani emphasized it, saying "no international agreements prohibit the development of such non-nuclear weapons, and that Iran has a right to produce them for its own defense."

If it keeps on going like this, Washington will most probably reimpose full-scale sanctions against the Islamic Republic and will most likely receive an adequate response from Tehran as, for instance, withdrawal from the nuclear agreement and continuation of uranium enrichment for military purposes.

In that case Washington can expect getting support from its European allies, but this is no cure and will be a pyrrhic victory. The situation will mount to new spiral of tension. Then the world will find itself on the knife-edge.

Likely it is one of the last chances before mid-December to improve the situation in some way or other, and prevent it sliding into a complete fall.

Iran ready to send 6 satellites into orbit
Iran 07:44
Most popular