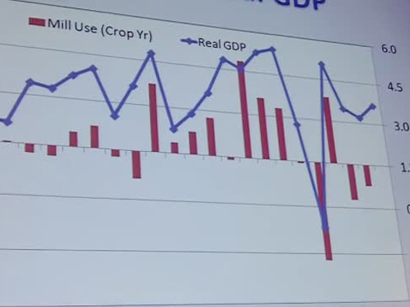 Ukraine's real gross domestic product (GDP) increased 4.6 percent in the second quarter of 2019 in comparison with that in the same period of last year, reported Ukrinform news agency on Friday citing the Ukrainian Ministry of Economic Development and Trade, Trend reports Xinhua.

"The Ukrainian economy is growing at an accelerated pace. In the second quarter of 2019, Ukraine's GDP grew by 4.6 percent," the ministry said.

This was the best national economic result in the past two and a half years, according to the Ukrainian state statistics service.

Earlier it was reported that Ukraine's GDP increased 2.5 percent in the first quarter of 2019 compared to the same period of last year.