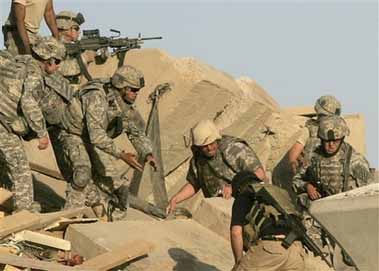 The U.S. military said Tuesday that its troops have dropped to below 50,000 in Iraq ahead of the Aug. 31 deadline to end combat operations, Xinhua reportd.

The last brigade from the U.S. combat troops left Iraq last Thursday morning, two weeks before the deadline of Aug. 31, but the number of soldiers remained in Iraq was 56,000.

"What we have today (Thursday) is 56,000 U.S. soldiers. Another 6,000 soldiers will withdraw during the coming days until the end of this month," said Mohammed al-Askari, spokesman for the Iraqi Defense Ministry.

U.S. President Barack Obama set the end of August as the deadline to end combat operations in Iraq. Washington said that about 50,000 U.S. troops will remain in Iraq to conduct support and training missions.