Israel PM thanks US' Biden for 'encouraging' Turkey talks 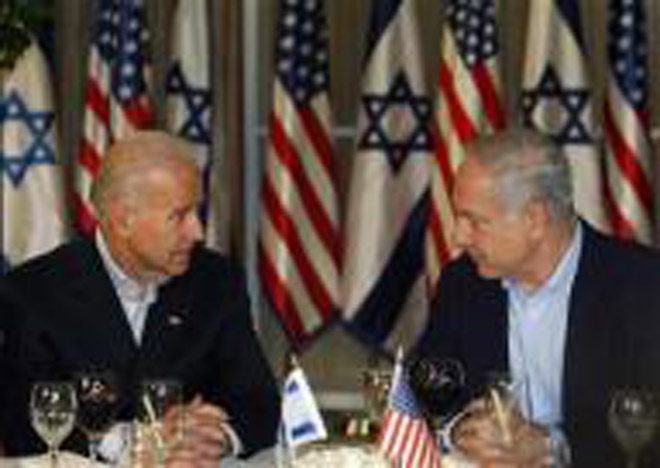 During a telephone call that Netanyahu initiated, Biden congratulated the Israeli leader on progress toward normalization and noted "the significant positive security and economic benefits for both countries and the wider Eastern Mediterranean region," the White House said in a statement.

Ties between Ankara and Tel Aviv have been frayed since 2010 when six civilian ships in a humanitarian aid flotilla were attacked in international waters by Israeli forces.

The vessels were trying to break Israel's blockade of the Gaza Strip.

Nine Turkish citizens were killed and 30 other people injured; one person died nearly four years later after being critically injured in the attack.

Turkey demanded an official apology from Israel, compensation for the families of those killed in the attack as well as the removal of Israel’s blockade on Gaza in the aftermath of the attack.

In 2013, Netanyahu apologized to then-Turkish premier and now President Recep Tayyip Erdogan for the attack.

In recent months, the two countries have been engaged in talks aiming at normalizing ties.

Turkish Prime Minister Binali Yildirim is due to make a statement Monday regarding progress in negotiations with Israel, sources at the Prime Ministry told Anadolu Agency.