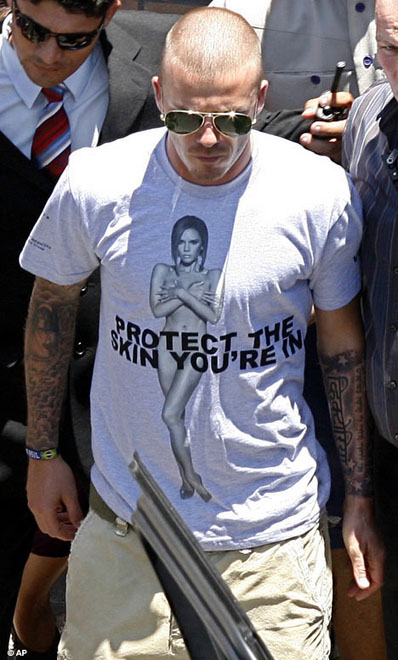 (femalefirst.co.uk) - David Beckham and Tom Cruise are reportedly set to buy a soccer club together.

The handsome athlete - who currently plays for Los Angeles Galaxy after leaving Spanish giants Real Madrid last year - is keen to keep busy when he eventually retires from playing and believes he and the 'Top Gun' star would work well together.

A source said: "David has often spoken of his desire to concentrate on his youth soccer academies, rather than a career in management when he retires from the game.

"A high-profile soccer venture with a Hollywood superstar would also give him back some of the credibility he surely feels he lost after fleeing prestigious Real Madrid for a megabucks deal in the US."

Beckham and Cruise hope their star status will attract some of the world's top players although it is not known whether they would buy a club in the UK or the US.

Meanwhile, Beckham and Spice Girl wife Victoria are set to send their three-year-old son Cruz to a Jewish school.

The couple were impressed with the private nursery attached to a Jewish temple in Los Angeles after visiting it last week.

A source said: "There is no plan for Cruz to be educated in the Jewish faith. It's just one of the best schools for young children in Los Angeles."

Beckham's mother Sandra's family are Jewish although she doesn't practise the faith, while Victoria went to a Church of England school while she was growing up.