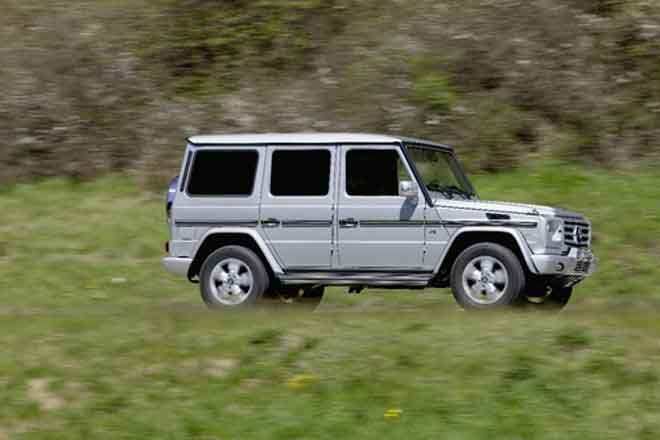 ( www.worldcarfans.com ) - The Mercedes G-Class is the old one in Mercedes' line-up and dates back to 1979. During this time the aesthetics have hardly changed and is a true modern classic without actually being retro, like for instance the Fiat 500 and Mini Cooper who have both been raised from the dead as it were. The current generation has been on the market since 1990.

The 2009 Mercedes G Class features the new Mercedes 3-bar grille rather than the 2008 facelifted model with 7 horizontal bars and new 18 inch light alloy wheels. But more interesting is the fact that Mercedes will equip the G 500 model with their new 5.5 liter V8 pumping out 388 hp with 530 Nm of torque, good for a 0 to 100 km/h time of just 5.9 seconds.

The other engine options are the 3.2 liter V6 CDI engine with 224 hp and 540 Nm of torque and the range-topping G 55 AMG, which is not mentioned in the press release but has had a 500 hp power plant since 2006. We are hoping for a power upgrade there too.

Prices start at Euro 68,425 for the short wheelbase 320 CDI while the G 500 Cabriolet tops out at Euro 92,344. Stay tuned for the G 55 AMG official information which should follow shortly.