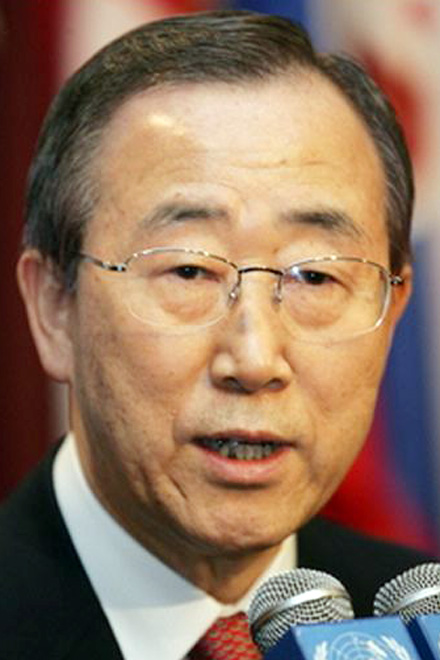 The United Nations began Friday to consolidate the massive task of assisting quake victims in Haiti as more countries sent food and medical supplies as well as search and rescue teams to the devastated nation, dpa reported.

Port-au-Prince's international airport has become the hub of humanitarian relief efforts with a rapid flow of relief supplies and planes that has clogged the one-runway airport and its ad-hoc control tower.

Ban announced he will "very soon" visit Haiti to determine the humanitarian conditions in one of the world's poorest countries. A total of 1.9 million Haitians, of a total population of 9 million, were already recipients of international food aid before Tuesday's magnitude 7 earthquake.

The UN Stabilization Mission in Haiti (MINUSTAH), with 7,000 military troops and 2,000 international police, was badly hit by the earthquake. There are also about 3,000 civilian personnel, both foreigners and locals.

On Friday, the UN confirmed 37 deaths among its mission, with 36 MINUSTAH troops and a staffer for the World Food Programme killed.

About 330 UN personnel remain missing or unaccounted for. Many of the those missing could be Haitians who had returned home to their families, but not contacted the UN. The 330 tally includes the estimated 150 UN personnel who are missing specifically from the headquarters and destroyed Christopher Hotel.

There was not yet any confirmation about the fate of MINUSTAH chief Hedi Annabi and his deputy Luiz Carlos da Costa, who were among those buried in the rubble of the UN main headquarters.

"We are as keen as you about finding out the picture," said UN spokesman Martin Nesirky.

Pending the determination of the fate of Annabi and da Costa, the UN had sent Edmond Mulet as acting chief of MINUSTAH. Mulet arrived in Port-au-Prince on Thursday and has already begun re-assembling the decimated MINUSTAH and held talks with the government of President Rene Preval.

The UN Disaster Assessment and Coordination Team, set up on Friday, begun working at the international airport to coordinate the search and rescue efforts of 27 international teams and the arrivals of aid.

"A major humanitarian effort is now well underway," he said. "Although it is inevitably slower and more difficult than any of us would wish, we are mobilizing all resources as fast as we possibly can."

Ban said the quick response from the international community has been "generous and robust."

"We urgently need medical supplies and, even more, emergency medical personnel," he said.

Holmes said the UN and search and rescue teams had begun to systematically retrieve the dead from rubble in Port-au-Prince, which he said is destroyed from 30 per cent to 50 per cent in all areas. The capital and surrounding areas are inhabited by 3 million people.

Some 17 search-and-rescue teams were already operating in Port-au-Prince and 10 were set to arrive in coming days. Holmes said the 27 teams would be sufficient for now because the airport's capacity cannot handle anything above that number until air traffic was eased.