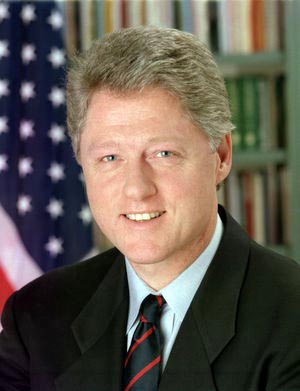 Former US president Bill Clinton called on HIV/AIDS organizations Monday to deliver their services more efficiently in the wake of the global economic crisis, DPA reported.

At the biannual International AIDS Conference in Vienna which Clinton was addressing, advocates have warned that the United States and other countries could lower their funding to fight the global virus epidemic.

"Every dollar we waste today puts a life at risk," said Clinton, whose own foundation helps to lower treatment costs for HIV/AIDS and to build up health services to provide such treatment.

Organizations waste too much money on sending Western experts to affected countries and on producing reports, he said.

Clinton asked non-governmental groups not to criticize US President Barack Obama for being constrained by the current economic realities.

"You can demonstrate and call the president names, or you can get some more votes in Congress to get some more money," he said. "My experience is that the second choice is a better one and far likelier to pay off."

Clinton's comments echoed ideas pushed by non-governmental groups and the United Nations for integrating costly AIDS clinics into general health services, and for simpler methods of HIV screening and care.