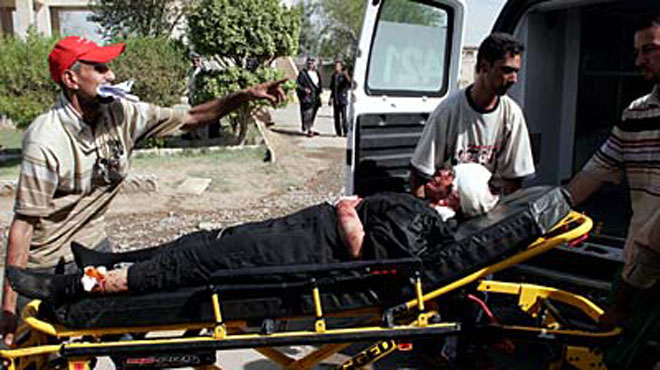 A car bomb blast killed at least 12 people and wounded 50 others at a vegetable market in eastern Baghdad on Sunday, police and medical sources said.

There was no immediate claim of responsibility for the bombing.

A series of attacks in the Iraqi capital and other cities in just over a week has killed dozens of people.

Several have been claimed by Islamic State, which is coming under increasing pressure from a U.S.-backed offensive in Mosul, its last major stronghold in Iraq.

Blasts heard in Baghdad amid reports of rockets landing in US Embassy
Arab World 4 January 21:11