China's determination to support multilateralism will not change.

"Multilateralism is essentially about having international affairs managed by all parties through consultation and the future of the world decided by all countries working together," .

President Xi Jinping called for upholding the international system with the United Nations at its core, the international order underpinned by international law, and the basic norms of international relations based on the purposes and principles of the UN charter, and promoting humanity's common values of peace, development, equity, justice, democracy, and freedom.

The world is at a new crossroads, and the international community needs more than ever to build consensus, strengthen confidence and promote common development, Chinese Vice President Wang Qishan made the remarks when addressing the opening ceremony of the 2021 Imperial Springs International Forum (ISIF) in the southern Chinese city of Guangzhou.

The Chinese nation has always stood for lending a helping hand to others after one becomes well-off, advocated harmony and inclusiveness, and pursued peace and greater common ground, Vice-President Wang said.

"China will continue to open up to the outside world at a higher level, share China's opportunities with other countries and jointly build a community with a shared future for mankind,".

The forum is jointly organized by the Chinese People's Association for Friendship with Foreign Countries, the Australia China Friendship and Exchange Association, the People's Government of Guangdong Province, and the World Leadership Alliance-Club de Madrid. The Nizami Ganjavi International Center joined Imperial Springs Forum 2021 as a Co-organizer. 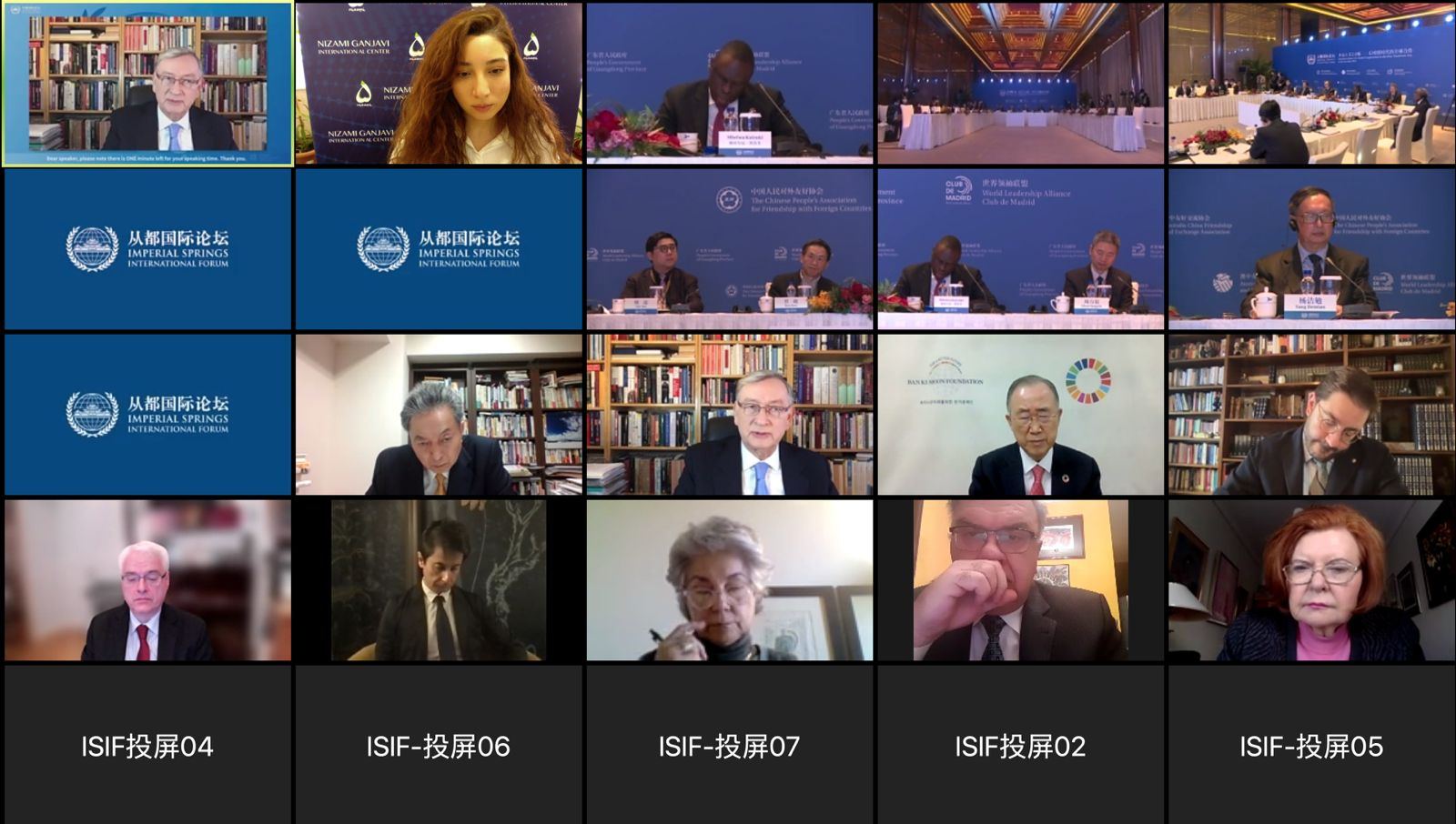