Russia and US may jointly address nuclear deterrence issues 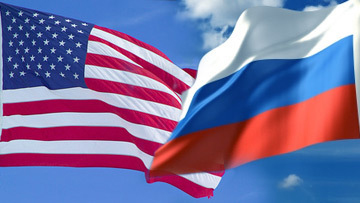 "Today there is a great number of problems in the world that could be tackled through joint efforts. It concerns both strategic issues of nuclear deterrence and, naturally, issues of the settlement of major long-standing conflicts," he said at negotiations with US National Security Advisor John Bolton.

The minister noted that the Russian and American military are supporting contacts in the most difficult areas. "It definitely concerns Syria, where we are constantly working and uphold our relations with the American colleagues through constant contacts," Shoigu explained.

He highlighted that it may serve as "the only positive example" of effective cooperation, which enables Russia and the US "to prevent serious incidents on Syrian territory and in the airspace above it." "We need a more active dialogue for all the rest," the defense minister noted. "I think that today we have a chance to discuss these issues."

US Department of State requests funds to support agricultural reforms in Uzbekistan
Business 11:19

Exports from Georgia to EU countries up
Business 14:36
Most popular