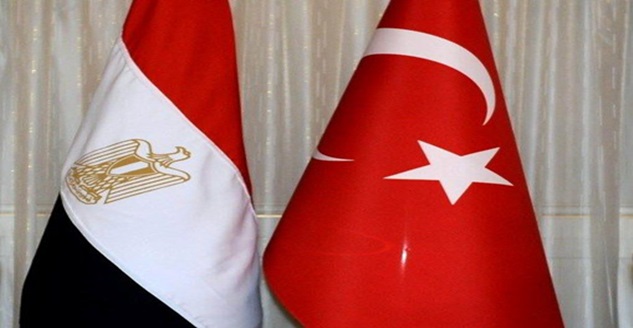 Egypt's refusal to extend an agreement on cargo shipment by ro-ro type vessels with Turkey is detrimental to the interests of Cairo, Turkish Foreign Minister Mevlut Cavusoglu was quoted March 13 by the Turkish Anadolu news agency as saying.

He said that Egypt's current authorities will do everything for further deterioration of relations with Ankara.

He said that currently the sides are discussing the issue of extending the agreement on cargo shipment by ro-ro type vessels, but there are disagreements on political grounds between the two countries, which arose after the overthrow of Egyptian President Mohammed Morsi.

Egyptian Former Defense Minister Abdel Fattah el-Sisi announced the overthrow of President Morsi and the suspension of the Constitution on July 3, 2013.

Morsi was placed under house arrest and then formally taken into custody in connection with a number of charges.

Afterwards, the Turkish authorities said that the overthrow of Morsi is a military coup and Turkey supports the legitimacy of the president of this country. Later, this deteriorated the relations between the countries.

He also said that Ankara hopes Cairo extends this agreement with Turkey.

"If the Egyptian authorities don't extend the agreement on maritime cargo shipment by ro-ro type vessels, Ankara will consider alternatives," said the minister.

The shipments are carried out from the Turkish port of Iskenderun to the Egyptian port of Alexandria, and from there to the Israeli port of Haifa.

Other shipment includes transportation from the Turkish port of Iskenderun to Saudi Dubai port.

Shipments are made once a week, but it is planned to increase the number of shipments to twice a week in the future.

The main reason for transporting cargo through the Egyptian port is to circumvent Syria due to the political crisis in the country.