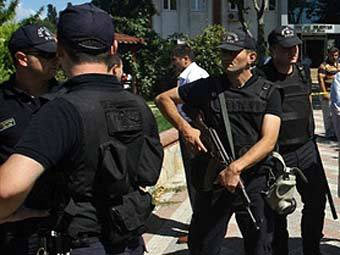 Three female French citizens who previously acted as part of illegal gangs in Syria, including as part of the Islamic State (IS) terrorist organization, have been detained in Turkey, Trend reports referring to Turkish media.

All 3 of them, along with 9 minor children, illegally entered the territory of Turkey’s Kilis Province. According to media reports, all detainees are ethnic French.

One of the detainees, who is 61 years old, also previously participated in military operations in Iraq as part of the IS.

All detainees will be deported from Turkey.