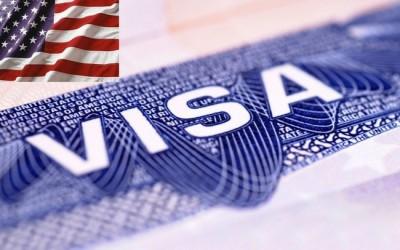 U.S. Homeland Security Secretary Alejandro Mayorkas said on Tuesday the United States is considering adding four countries to its visa waiver program that allows citizens to come to America without a visa for a stay of up to 90 days, Trend reports according to Reuters

"We have four candidates in the pipeline: Israel, Cyprus, Bulgaria and Romania," Mayorkas said on Tuesday at a travel industry event. "We're very, very focused on the program," he added, saying it provides significant economic and security benefits.

In September, the United States added Croatia to the visa waiver program. U.S. Travel Association Chief Executive Roger Dow said on Tuesday adding Croatia is a $100 million boost to the U.S. economy. "Each time you add one of these countries, the travel just booms," Dow said.

The White House said in August after a meeting between President Joe Biden and Israeli Prime Minister Naftali Bennett that Biden emphasized "his administration would strengthen bilateral cooperation with Israel in ways that would benefit both U.S. citizens and Israeli citizens, including by working together towards Israel’s inclusion in the Visa Waiver Program."