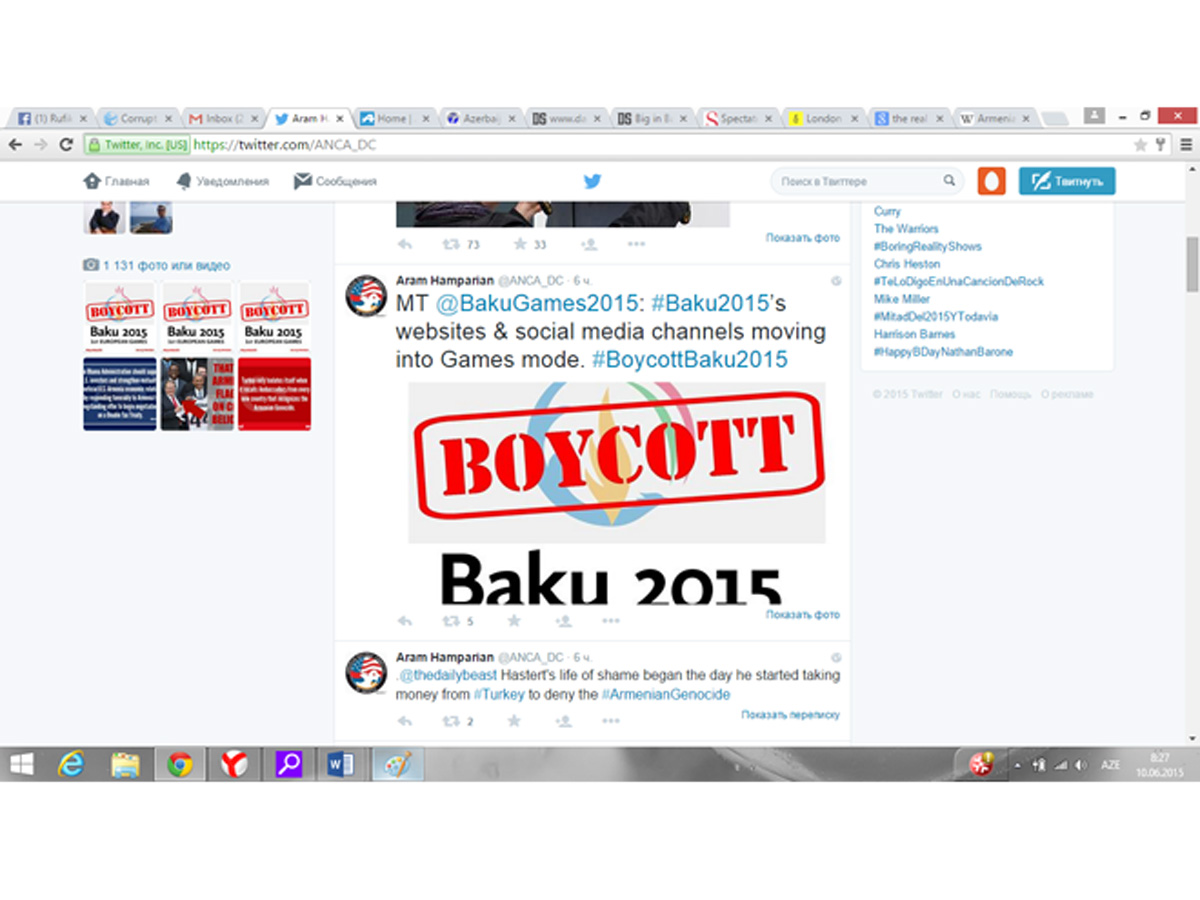 An Armenian organization, working in the US, is calling to boycott the European Games in Baku, which will be held in Azerbaijani capital June 12-28.

The call to boycott the games came from Aram Hamparian, Executive Director of the Armenian National Committee of America (ANCA) on Twitter.

ANCA is the biggest and most radical Armenian organization in America. This organization has been acting as a financial and ideological source of the Armenian terrorist organization ASALA for a long time. It continues such an activity up till now.

The organization has been repeatedly mentioned in money laundering incidents in the US, blackmailing and capturing of various congressmen.

Some 18 Armenian athletes will participate in the European Games. The Armenian delegation has already arrived in Baku.