These games are good for the development of sport, she said.

She went on to add that she benefited from the participation in the first European Games, she gained new experience. "Very strong gymnasts are involved in the competition, that's why it is difficult to win a medal," Diacci said.

Another team member Caterina Barloggio also said that the first European Games are very important to her. "European Games is a very good idea," said the female gymnast. "These games have brought a new tradition in the sport and give young athletes a chance."

Both athletes have expressed satisfaction with the conditions created for them in the Athletes' Village and the capacities of National Gymnastics Arena. The female gymnasts said they liked the country noting that it is their first visit to Azerbaijan.

The female athletes said that in their spare time they would like to walk along Baku and try Azerbaijani national cuisine. 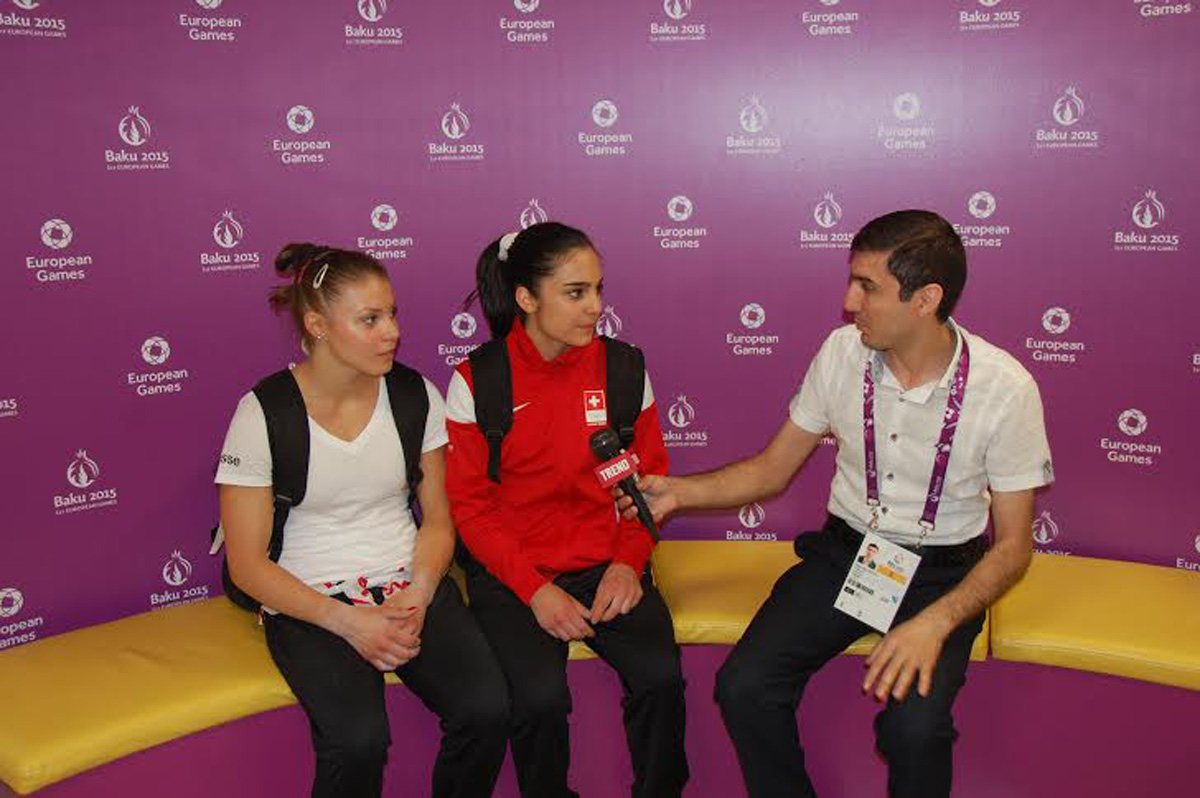