The traditional annual meeting took place at the Baku Business Center with the participation of Nar Mobile leadership and mobile operator's dealers on 23 October 2014. During the meeting, all sides have discussed the achievements gained in ten months of 2014, exchanged broadly their views about future prospective and set new targets. It was noted that several positive changes are brought to the dealership agreements in this period while the bonus presentation processes and the mechanism of constant data exchange with dealers are regulated. Furthermore, the Sim Card Exchange project was also implemented.

Besides that, the participants have noted the completion of Dealer Web Interface project reflecting the database about dealers' activities. Each dealer has now received the individual e-cabinet. At the same time, the working plan of 779 Dealers' Hotline was improved to shorten the time for problem resolution. It was stressed in particular that such new campaigns as 1+1, Nar Smartphone, Galaxy S5 and Nokia Lumia have taken place in this year.

Speaking in her introductory remarks, Mrs. Leyla Nasrullayeva, Chief Sales Officer of Azerfon Company expressed the satisfaction over the activities of mobile operator's dealers and highlighted their special role in obtaining high results. Mrs. Nasrullayeva went on by expressing her gratitude to each dealer for successful sales results for the years of 2013-2014 and informing the meeting participants about her belief that this partnership will become even closer and more sustainable and bring higher results.

Describing the corporate plans of the mobile operator for the year of 2015, it was noted that exclusive dealer shops will be renovated and several changes will occur in dealers' service shops. In the end, special gifts were presented to the dealers with the highest results in 2014.

Being the most dynamically developing mobile operator of Azerbaijan, Nar Mobile has started to service its subscribers since 2007. During the years of operations, Nar Mobile has always remained committed to this beneficial pricing policy and gained the confidence of its clients by offering the most affordable proposals on the basis of various tariff plans. Along with the convenient phone talk tariffs, the mobile operator is differing by various internet packages with low costs and the roaming offers applying a single price for each zone. Nar Mobile is the official mobile communication partner of Baku 2015 European Games. 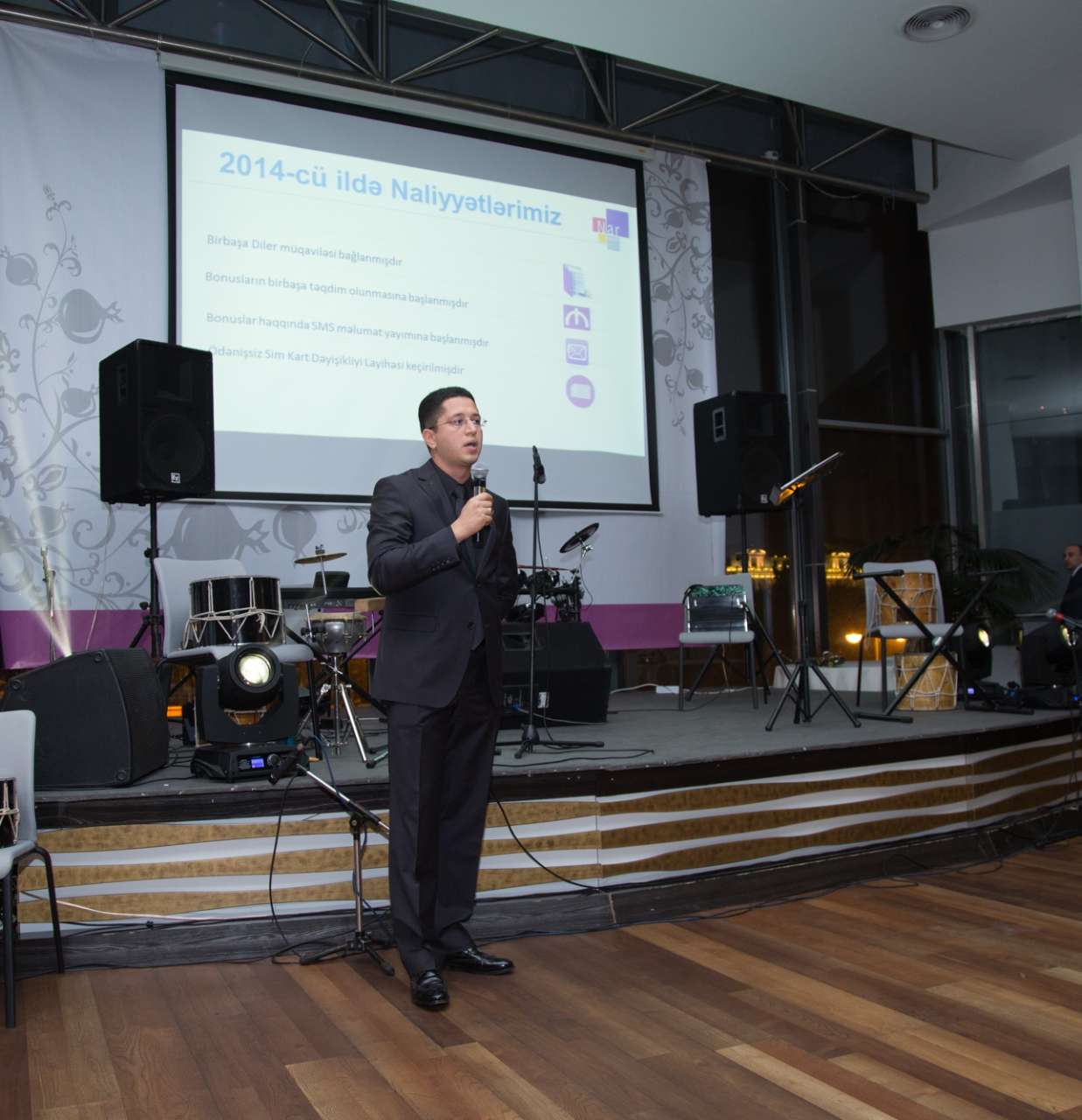