OSCE monitoring on line of contact of Azerbaijani, Armenian troops ends without incidents 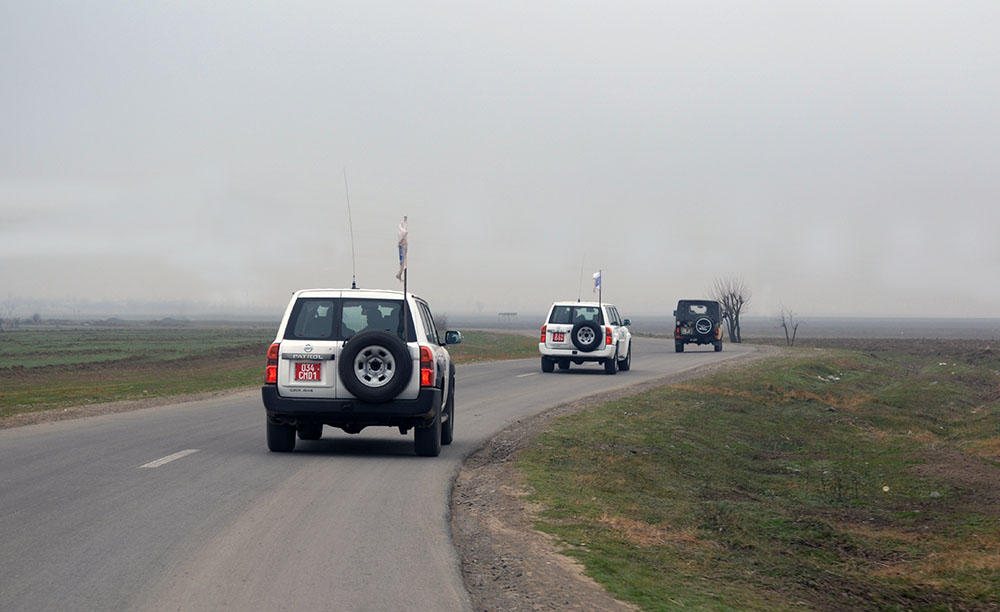 The ceasefire monitoring on the contact line between the Azerbaijani and Armenian troops, in the direction of Azerbaijan’s Fizuli district, held in accordance with the mandate of personal representative of the OSCE chairperson-in-office on Sept. 18, ended without incidents, Trend reports referring to Azerbaijani Defense Ministry.

Personal Representative’s field assistants Simon Tiller and Martin Schuster carried out the monitoring exercise from the territory of Azerbaijan.

Personal Representative’s field assistants Mihail Olaru and Ognjen Jovic carried out the monitoring exercise on the territory of the Republic of Azerbaijan occupied and controlled by the armed forces of Armenia.