вЂњWe hope to come to a common ground with Armenian counterpart on the resolution of the Armenian-Azerbaijani conflict over Nagorno-Karabakh.

We will find common ground to bring pace and stability to the South Caucasus,вЂќ Elmar Mammadyarov, the Azerbaijani Foreign Minister, said to a briefing after the official meeting with his Armenian counterpart Vardan Oskanian. Tamella Ahmadov, the Secretary of the Azerbaijani Ambassador to Russia, told Trend about it.

Mammadyarov noted that the meeting was dedicated preparations for the forthcoming meeting of the Armenian and Azerbaijani Presidents to be held in Kazan on 27 August.

В"We accorded format of the forthcoming meeting,В" Mammadyarov said, noting that the talks continued and it was the most important.

Armenian FM said confirmed that during the talks they discussed preparations for the meeting of the Armenian and Azerbaijani Presidents.

In the end the Russian FM Sergey Lavrov said that the parties hope to achieve success in the resolution of the Nagorno-Karabakh conflict, while Russia, in its turn, tries to offer all facilities to continue the negotiation process. 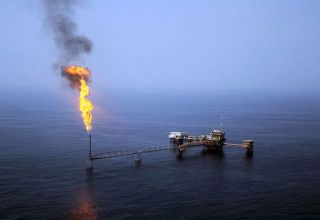