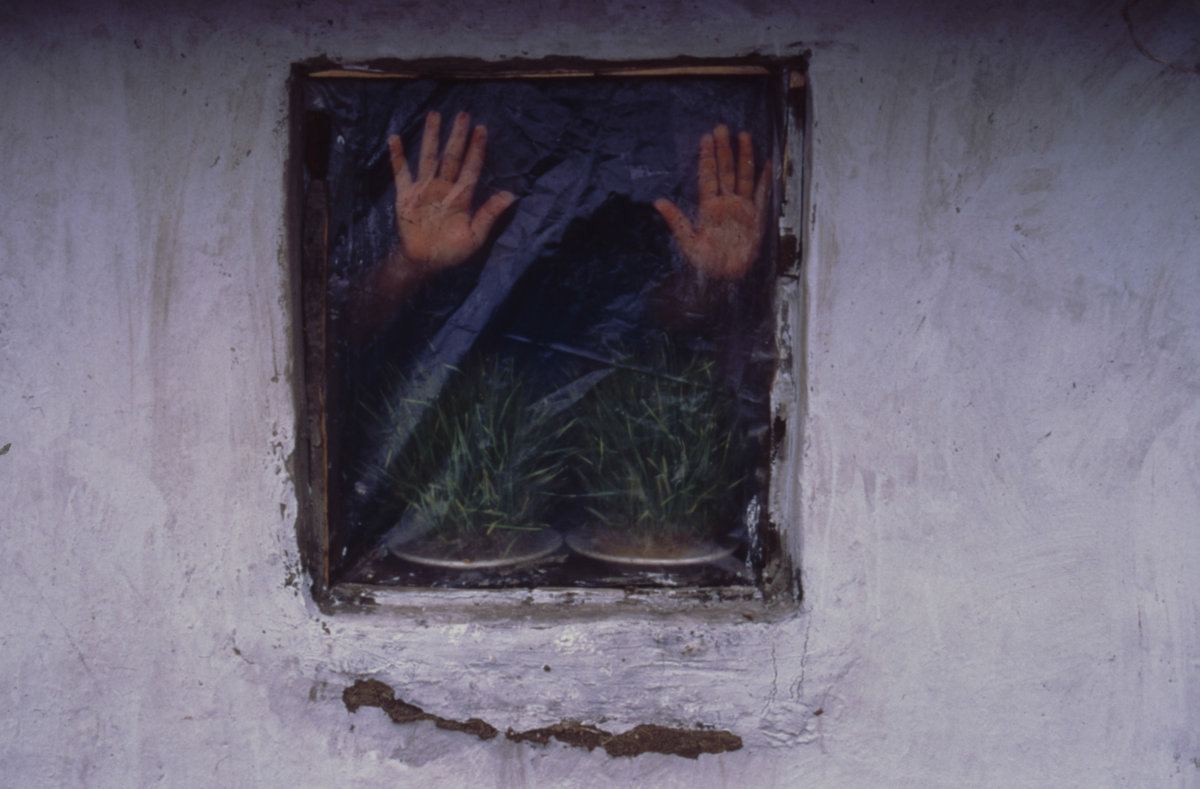 YARAT Contemporary Art Space is presenting the exhibition project "Make an Island For Yourself", Trend reports.

Composed from both private and public collections, the exhibition is held at the Museum of Azerbaijani Painting of the XX-XXI Centuries and includes works created in the late 80s - first half of the 90s of the 20th Centuries by 21 Azerbaijani artists of different generations. Many of the works are being presented to the general public for the first time.

In the title of the exhibition, we hear the themes of loneliness and solitude as spiritual salvation in times of collapse. The lines from the poem "Make an Island For Yourself", and the works presented at the exhibition are united and echo in the intensity of both the image and the inner message. This fusion is very characteristic and symbolic of the representation of the period to which the exhibition is dedicated.

The concept of the exhibition is based on an appeal to eternal existential themes - hope and disappointment, war and love, death, and rebirth.

However, from a historical point of view, the project is about art during the period of the collapse of the Soviet Union. The themes addressing the Soviet legacy have been largely exhausted today, having at some point been in great demand in the international cultural environment. But still, every new curatorial view, differing perception of a new generation, a new display of unknown works of that period may be able to reveal new historical and cultural layers.

The acquisition of state independence by former Soviet republics took place in different historical ways. In Azerbaijan, the years after the collapse of the USSR were the years associated with the war that led to the occupation of Nagorno-Karabakh and seven surrounding regions of the country, which became one of the most tragic pages in Azerbaijani history. Therefore, this exhibition is largely about memory, historical heritage, and national identity.

After the collapse of the USSR, art turns into an increasingly active part of life, losing its past aloofness and conventionality. What happened in Azerbaijan, was, in a way, a breakdown in the time dimension. Time did not go forward; it did not go back it seemed to have stopped. The reason for this was not only the war and its consequences such as refugees, economic collapse, and political anarchy but also the collapse of any hopes for a "new" life that had risen during perestroika.

It was precisely during this period of "timelessness" that artists, musicians, and poets created works of the strongest spiritual intensity, freed from any kind of conjuncture. What is interesting is that many of the works of that period were kept by the artists in their studios since the art market was not interested in art with such an impulse of tragedy, rather than sublimity and beauty.

The "Make an Island For Yourself" exhibition consists of three parts, figuratively reflecting the historical events of the period between 1988 and 1996: the period of "hopes for change and anticipation of an impending catastrophe", the period of "the outbreak of tragedy the war and its consequences" and the period of "reviving life and rays of light at the end of the tunnel."

The artworks of the exhibition are presented together with video from documentary photographs and video chronicles of those years, reconstructing and visualizing the state and mood of the society of that period.

Artworks on display at this exhibition are from public collections of the Modern Art Museum (Baku), Union of Artists of Azerbaijan, and Azerbaijan Photographers Union.

About the Museum of Azerbaijani Painting of the XX-XXI Centuries

The Museum of Azerbaijani Painting of the XX-XXI Centuries is situated on the territory of the National Flag Square, founded by the Heydar Aliyev Foundation. The official opening took place in June 2015 and YARAT Contemporary Art Space presented the first exhibition entitled "Labour, Leisure, and Dreams: 1960s-1980s Through the Eyes of Azerbaijani Masters" on May 26, 2018.

Thanks to regular meetings with local and foreign art experts, curators, and artists, visitors of the exhibition had an opportunity to learn more about the creative development of the artists and their works exhibited in the museum. Under the guidance of famous artists, master-classes for children ("Little Master") and adults ("Explore Yourself") helped the participants discover their creative potential and master the basics of visual art. Moreover, the visitors enjoyed various musical pieces from classical to rock, which accompanied them within the museum halls.

The Museum collaborates closely with educational institutions and the museum's staff familiarizes pupils and students with expositions through interactive tours by teaching them to comprehend and interpret art.

YARAT is an artist-founded, not-for-profit art organization based in Baku, Azerbaijan, established by Aida Mahmudova in 2011. YARAT (which means 'create' in Azerbaijani) is dedicated to contemporary art with a long-term commitment to creating a hub for artistic practice, research, thinking, and education in the Caucasus, Central Asia, and the surrounding region.

Venue: Museum of Azerbaijani Painting of the XX-XXI Centuries