The Parliament of Jordan established a Jordan-Azerbaijan inter-parliamentary friendship group, the Azerbaijani Embassy in Amman told Trend. First Secretary of the Embassy Kanan Murtuzov held a meeting in Jordan with chairman of the group Hadban and its members.

This year, Azerbaijan celebrates the 20th anniversary of the restoration of independence, said Murtuzov and informed members of the group about the country's achievements over these 20 years. He also informed them of the Armenian-Azerbaijani Nagorno-Karabakh conflict.

Hadban called commendable the dynamic development of the partnership between the two countries. He also spoke about the importance of mutual visits of the representatives of legislative bodies, and share of experiences.

The two sides agreed to organize the mutual visits of members of the parliamentary friendship groups in the near future.

The meeting also covered the situation in the South Caucasus region, talks on the Nagorno-Karabakh conflict settlement, recent events in the Middle East and North Africa, the situation in Jordan and other issues. 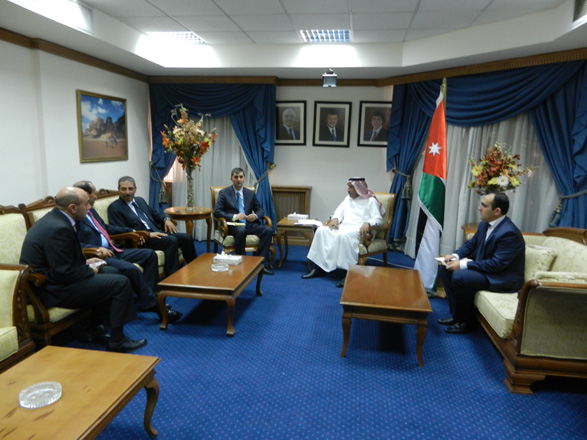