Argentinian president, Cristina Fernández de Kirchner received an invitation to visit Azerbaijan. This was announced by Azerbaijani Foreign Minister Elmar Mammadyarov, who is on visit in Argentina, told the Foreign Ministry Trend on Friday.

During the meeting, Cristina Fernández de Kirchner asked to convey greetings and best wishes to President Ilham Aliyev and noted that she is pleased to accept the invitation

The president of Argentina expressed satisfaction with the dynamic development of cooperation between the two countries in recent years and stressed that Argentina is interested in cooperating with Azerbaijan in all spheres.

Minister Elmar Mammadyarov, in turn, informed the president of Argentina about the high economic achievements of Azerbaijan in recent years, development strategies, the role of regional development and cooperation and strengthening of the international authority of the country.

The minister stressed that Azerbaijan is interested in expanding cooperation with Latin American countries.

Mammadyarov said the cooperation with Argentina is of particular importance for Azerbaijan and the first diplomatic representation of Azerbaijan in South America was opened in Buenos Aires.

The Azerbaijani foreign minister thanked President Kirchner for the decision, taken in connection with the establishment of the Embassy of Argentina in Baku.

During the visit, a business forum with participation of over 250 businessmen from both sides was held. 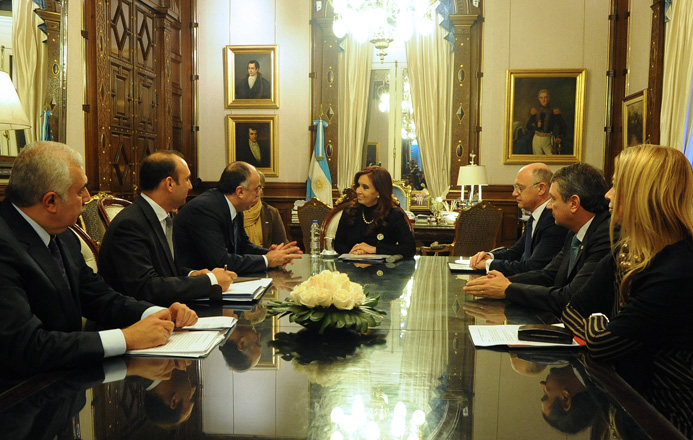