Politics Materials 22 February 2018 11:08 (UTC +04:00)
The Sumgayit unrest was a provocation against Azerbaijan by the intelligence services of Armenia and the State Security Committee of the USSR The Sumgayit unrest was a provocation against Azerbaijan by the intelligence services of Armenia and the State Security Committee of the USSR, reads a joint statement issued by Azerbaijan's Foreign Ministry and Prosecutor General’s Office of Azerbaijan on Sumgayit events of 1988.

The statement further reads that since the end of 1980s Armenia has resorted to violence, terror, provocations on ethnic grounds and use of military force in an attempt to realize its baseless and illegal territorial claims against Azerbaijan.

"Those actions started with the attacks on the Azerbaijani population both in the Nagorno-Karabakh region of Azerbaijan and in Armenia itself, continued with Armenia’s direct military aggression against Azerbaijan since 1991 and culminated in brutal killings of thousands of Azerbaijani civilians, the ethnic cleansing of about 1 million indigenous Azerbaijanis from their homes in both Armenia and the occupied territories of Azerbaijan and the extensive destruction and pillaging of the seized areas.

The Armenian leadership, chauvinist Armenian ideologists and extremist organizations have planned and carried out inter-ethnic disturbances in other parts of Azerbaijan as well, which were necessary to them as a means of launching an extensive anti-Azerbaijani campaign for covering up mass expulsion of indigenous Azerbaijani population from Armenia, separation of Nagorno-Karabakh from Azerbaijan, Armenia’s unlawful annexationist intentions and violent methods for their achievement.

At that time peak of inter-ethnic unrest was masterminded in Sumgayit in February 1988 and it was one of such deliberate provocations.

By 1988 Sumgayit, which is located about 30 km. away from Baku, was a multinational city since local population made up of fifteen different nationalities. The number of overall population was 258,000, out of which 18000 were ethnic Armenians. No any ethnic tensions were recorded in Sumgayit until February 1988. Nowadays Sumgayit continues to preserve its multinational and multi-confessional features as other cities of Azerbaijan.

On 26th of February, the central square of Sumgayit was captured by protestors who objected to the killing of 2 Azerbaijanis who had been shot by Armenians in the Nagorno-Karabakh region of Azerbaijan on February 22, 1988. By Armenian extremists and agent-provocateurs the protest was instigated towards the disturbances.

To investigate the unrest, the USSR General Prosecutor’s Office opened a criminal case, the special operative-investigative group headed by investigator on especially important criminal cases Vladimir Galkin consisting of 231 investigators and the same number of operatives from different parts of USSR was formed. As it was revealed by the investigation of the USSR General Prosecutor’s Office riots claimed the lives of 32 people, 26 of which were Armenians and 6 Azerbaijanis. With the verdicts of the court 92 persons sentenced to lengthy imprisonment, and one was sentenced to death penalty.

However, investigation conducted by the USSR General Prosecutor’s Office identified only some of perpetrators of Sumgayit disturbances and provided their punishment with the decisions of the courts. Under the pressure of the USSR political leadership and State Security Committee (KGB) of the USSR investigation have failed to come to logical conclusion and determine the ones who have ordered and organized the Sumgayit unrest.

The assessments and analysis of evidences collected by this investigation group confirm that the Sumgayit unrest was a provocation against Azerbaijan by the intelligence services of Armenia and the State Security Committee of the USSR.

Armenian ideologists and their supports in high political leadership of the USSR, understanding the illegality of separation of Nagorno-Karabakh from Azerbaijan based on Soviet Constitution have resorted to such provocation with the aim of justifying the idea of impossibility of further coexistence of Armenians together with Azerbaijanis, providing complete ethnic cleansing of Azerbaijani population in Armenia and discrediting Azerbaijan.

The USSR State Security Committee’s interest in perpetration of this provocation was driven from the intention to destabilize the situation in the Soviet periphery in order to cut the intensified centrifugal aspirations, justify further repressive methods and to demonstrate that the Soviet Republics cannot survive alone without the strong centralized power of USSR.

The similar unrest and provocations were carried out by the KGB in Osh (Kyrgyzstan), Fergana (Uzbekistan), Tbilisi (Georgia), Vilnius (Lithuania) and other peripheral parts of the Soviet Union.

Despite the fact that on the eve of the disturbances and during their occurrence in Sumgait and in the surrounding areas, there were sufficient personnel and mechanized equipment of ​​the Internal Troops of the USSR Interior Ministry and defense forces. However, no preventive action was taken by them to bring the situation under the control.

The assaults to the apartments and other violent actions were carried out on the basis of the advance prepared list of residents and plan under the leadership and command of Eduard Grigoryan, repeatedly convicted, an ethnic Armenian and a resident of Sumqayit. The Armenians who were subjected to attacks were the ones who refused to donate to the covert "Krunk" and "Karabakh" Armenian committees seeking separation of Nagorno-Karabakh from Azerbaijan.

During the unrest, E.Grigoryan exercised special cruelty against Armenians and was fully identified by armenian Majlumian sisters, whom he raped. E.Grigoryan was sentenced to imprisonment with the decision of court, however, after the collapse of the USSR he was transferred to Armenia's prison and was immediately released under suspicious circumstances.

According to ongoing investigation he is accused of deliberate murder under aggravating circumstances, gang rape and other grave crimes and by a court decision, preventive measure in the form of arrest was chosen in his respect and he was declared wanted by Interpol.

His current address has been identified by operative means and brought into the knowledge of public. However, E.Grigoryan currently under the patronage of Armenia’s intelligence services continues to live freely in the third country.

Investigative materials demonstrate that if not the humanism and audacity of Azerbaijani population of Sumgayit, the scale of disturbances would have been bigger as planned by the organizers of this provocation. The testimonies of Armenian eyewitnesses prove that dozens of Armenian were sheltered and rescued by Azerbaijani families during the unrest.

Despite the special control and censorship of the USSR on photo-video recording, surprisingly photo/video filming of the events was carried out with pre-installed recording equipment and immediately was taken out of the territory of USSR and widely was disseminated by Armenian lobby organizations as part propaganda against Azerbaijan.

Although the events in Sumgayit were used deliberately for propaganda and disinformation purposes against Azerbaijan by Armenia and Armenian lobbying organizations, as a result of measures taken by the Government of Azerbaijan and the objective and fact-based investigative materials it has been proved with sufficient and irrefutable facts that Sumgayit unrest was organized by Armenian chauvinist nationalists and their supports to achieve their insidious intentions.

At present in order to identify and prosecute all organizers and perpetrators of Sumgayit disturbances, as well as to disclose their supports comprehensive investigative-operative actions are continued by the investigative group. 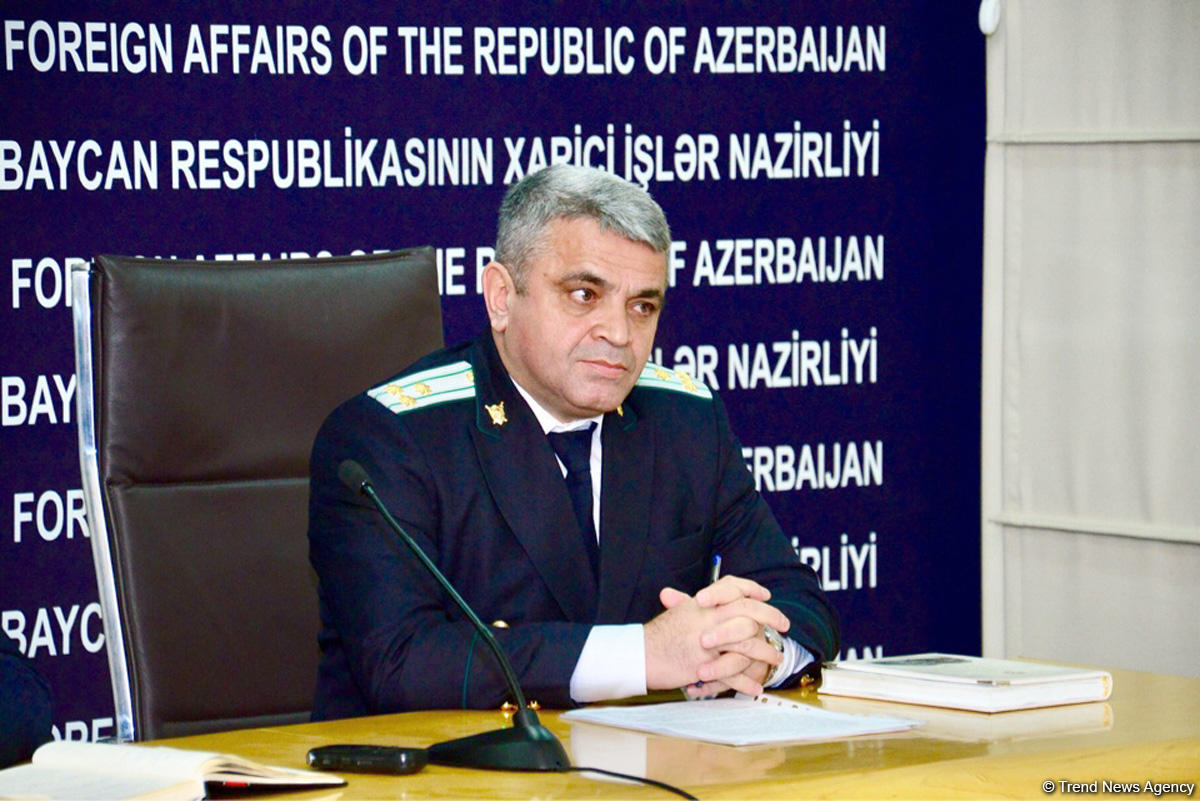