The existing system of international law is subject to serious external blows, Mikhail Bocharnikov, the Russian ambassador to Azerbaijan, said on Friday at an event at the Baku Slavic University dedicated to the activities of the diplomatic service of Russia.

According to the ambassador, the most important basis of international law is the UN Charter.

“Today, it is crystal clear that Western partners act not in accordance with international law, but with certain rules that are invented by who knows who and how to interpret them. There exists an unshakable international law in place that is to be untampered with and unaltered. Otherwise, the world will return to the principle of "might makes right" when the strongest players will impose their own views and decisions on others – namely, the weaker ones," said Bocharnikov.

The ambassador noted that, as a result of its diplomacy, Russia has actual presence in all parts of the world.

"The diplomatic service, acting in accordance with the country's external course, is one of Russia‘s key structures, performing practical tasks in all parts of the world," the diplomat said.

The diplomat touched upon the current, rather complicated international situation, noting that the complex processes that can be observed in the world are aimed at shaking the entire global security system established after the Second World War. 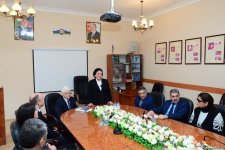