Azerbaijan has actively advocated, is in favor of broad international cooperation in fight against pandemic - President Aliyev Azerbaijan has actively advocated and is in favor of broad international cooperation in the fight against the pandemic, President of the Republic of Azerbaijan Ilham Aliyev said addressing a session of the Council of Heads of State of the Commonwealth of Independent States held in the format of a video conference, Trend reports.

"Azerbaijan chairs the Non-Aligned Movement. As a country chairing the Non-Aligned Movement, I put forward the initiative to convene special sessions of the UN General Assembly at the level of heads of government and heads of state to discuss this topic. This proposal was supported by more than 150 states and, thus, the 31st Special Session of the UN General Assembly was held on 3 and 4 December at the initiative of Azerbaijan and attended by more than 70 heads of state and government," Ilham Aliyev said.

"We also actively participated in the program on the provision of humanitarian financial assistance to many countries and international organizations. We have made a voluntary contribution of $10 million to the World Health Organization. We have been in close contact with this organization from the very first day of the pandemic. Azerbaijan has also provided financial and humanitarian assistance to more than 30 countries. Thus, heading the second largest international institution after the UN, the Non-Aligned Movement, Azerbaijan has made a significant contribution to the fight against the pandemic on a global scale,” the head of state said. 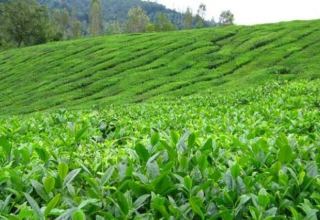