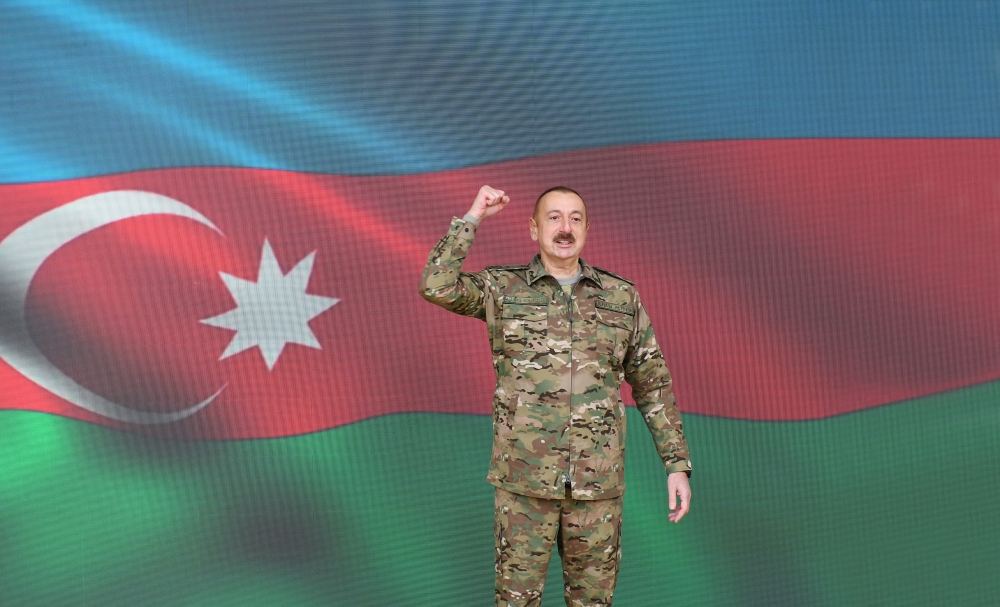 I am confident that we will soon turn our native Karabakh, which was completely destroyed as a result of Armenian occupation and savagery, into a paradise on earth, President of Azerbaijan Ilham Aliyev said congratulating world Azerbaijanis, Trend reports.

“I once again express my deep gratitude to all the personnel of our victorious army, who gave our people a sense of national pride and joy, the joy of victory by raising our tricolor flag in our liberated lands, in the holy city of Shusha, the crown of Karabakh. I bow my head to the immortal souls of our martyrs and ask God to have mercy on them, and wish our wounded servicemen a speedy recovery,” the head of state said.

“During the Patriotic War, Azerbaijan prevented the misinformation campaign unleashed against our country in international media and informed the international community about Armenia’s vandalism and the policy of terror against civilians,” President Ilham Aliyev said.

“I am confident that we will soon turn our native Karabakh, which was completely destroyed as a result of Armenian occupation and savagery, into a paradise on earth,” the Azerbaijani president said.

“The courageous protests of our compatriots living abroad against the insidious provocations of the enemy and anti-Azerbaijani circles during the Patriotic War, their selfless service in conveying the truth about Azerbaijan to the world community have made a sizable contribution to our victory,” the head of state said.