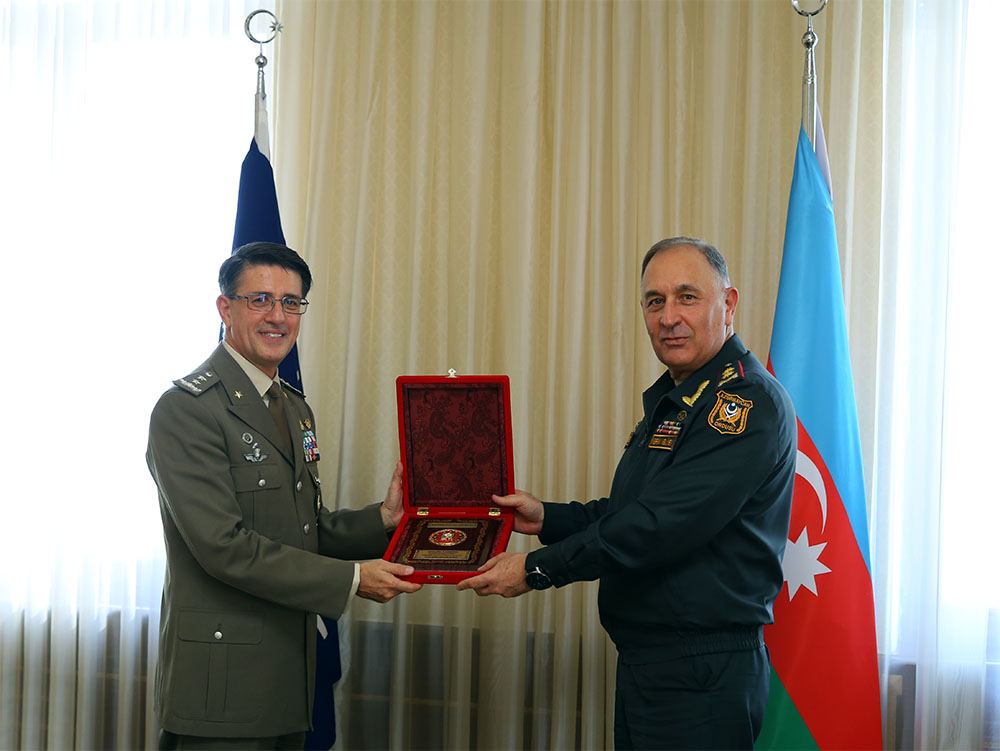 Azerbaijan and NATO discussed prospects for development in various spheres of cooperation, Trend reports on October 25.

The issue was discussed during the meeting between First Deputy Defense Minister - Chief of the General Staff of the Azerbaijani Army, Lieutenant General Karim Valiyev and a delegation in Azerbaijan led by the head of the NATO International Military Staff's Security Directorate Major General Francesco Diella.

Greeting the guests, the Chief of the General Staff noted that after the victory in the second Karabakh war the combat capability of the Azerbaijani army has increased even more.

Lieutenant General Valiyev stressed that cooperation within the framework of the concept of operational capabilities is of particular importance, and also highly appreciated NATO's contribution to the training of Azerbaijan's units in this area.

Major General Diella, expressing satisfaction with the first visit to Azerbaijan, highly appreciated the activities of the Azerbaijani army in all areas of partnership with NATO, including their participation in peacekeeping operations.

Also, prospects for development in various spheres of cooperation with NATO were discussed at the meeting.