The fourth meeting of the International consultation group of the Extractive Industry Transparency Initiative (EITI) started in Baku on Wednesday (5 April).

The meeting is focused on the current state in different countries with the application of the EITI . Today it is also planned to considered preparations in connection with the organization of the third international conference in Oslo in October 2006.

The event is held in cooperation with the commission on EITI with the Coalition of on increase of the extractive industry transparency. It will be held with the participation of the NGOs of the United States, UK, Russia, Egypt, Nigeria, Peru, Georgia, Kazakhstan, Turkmenistan, and Kyrgyzstan. 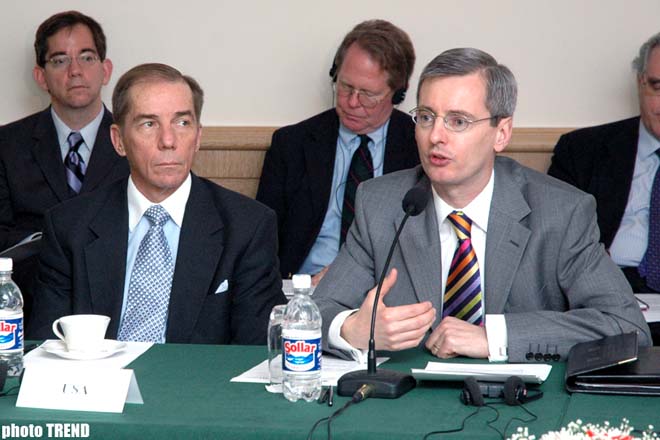