Report made at European Parliament on Azerbaijan (PHOTO) A report was made on Azerbaijan at the European Parliament on Sept. 9.

It was drafted by the experts at the Belgian League for Women's Rights as part of a project titled "Impact of the issue of women's rights on Azerbaijan's strategic image" with a financial support of the Council of State Support to NGOs (CSSN) under the President of Azerbaijan.

The presentation was also attended by the women members of the European Parliament, the Belgian Senate's Honorable President Anne-Marie Lizin, the League of International Women's Rights President Anna Syuzhe, the employees of Azerbaijani Embassy in Belgium, and other officials.

The report of 50 pages touches upon the active participation of women in the social, political, socio-economic and cultural life of Azerbaijan.

She underscored Azerbaijan's achievements in the field of women's rights, stressing that Azerbaijan is able to share its experience in this regard with other countries of the Eastern Partnership.

The CSSN Chairman, MP Azay Guliyev, for his part, spoke in details about the activities of the Council of State Support to NGOs.

"The CSSN annually supports 50 projects on gender equality, the fight against human trafficking, forced labor and other projects related to women. As it is indicated in the report, Azerbaijan is a modern secular country that protects the rights and freedoms of women," he said.

Guliyev said hundreds of thousands of Azerbaijani women suffered as a result of Armenia's aggressive policy; about 300,000 women currently live as refugees and internally displaced persons.

He noted that some 17 young girls and 247 women are among those missing and taken hostage.

Guliyev also added that Azerbaijan closely observes the EU's response to the crisis in Ukraine.

"Azerbaijan, as the EU, supports the territorial integrity of all countries, and at the same time is waiting for a similar support in respect of itself," Guliyev said.

Afterwards, French and Belgian experts made reports on the development of women's rights, brining Azerbaijan as an example.

Chairwoman of the State Committee for Family, Women and Children Affairs Hijran Huseynova and MP Malahat Ibrahimgizi also spoke at the report's presentation. 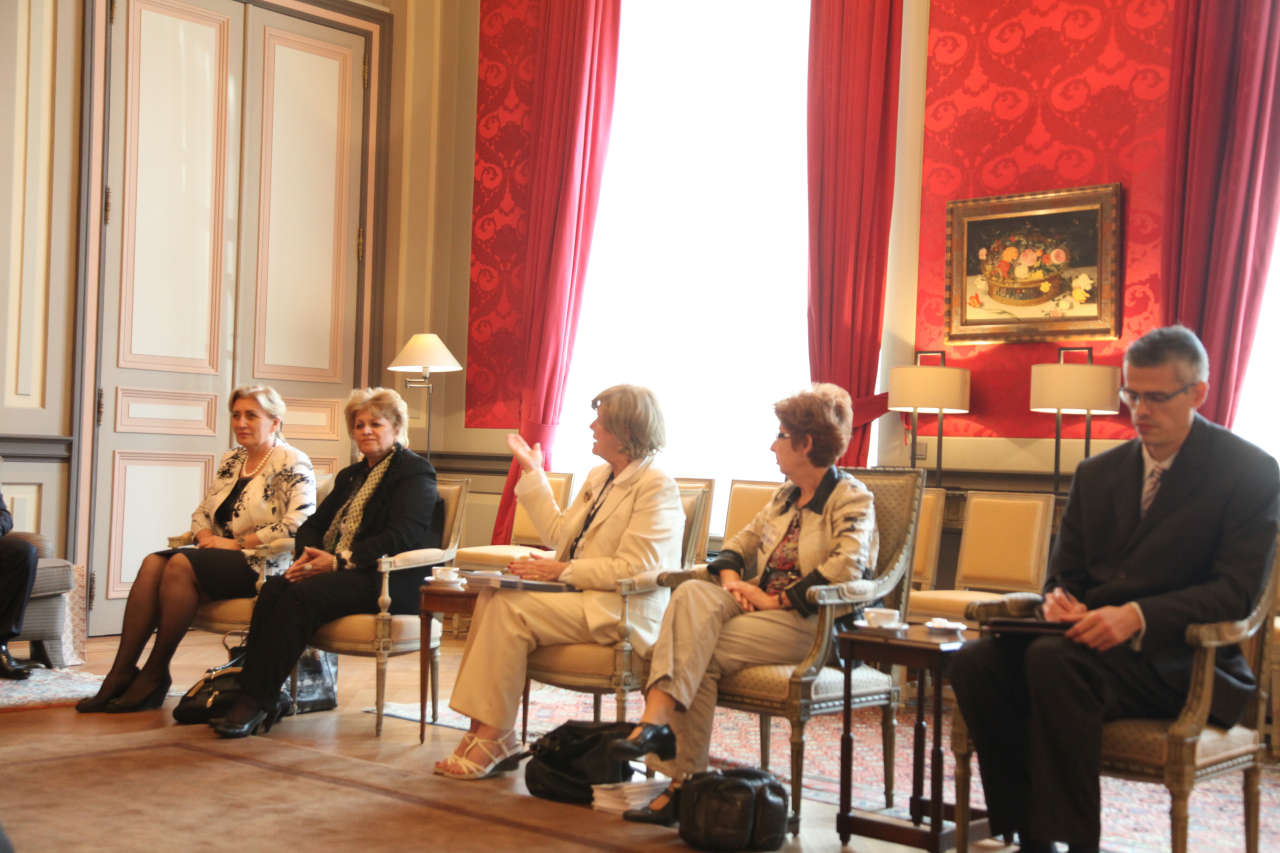