Society Materials 1 March 2015 15:24 (UTC +04:00)
Congressman from New Jersey (USA) Donald Payne made a statement in the US Congress in connection with the 23rd anniversary of the Khojaly tragedy, Azertag state news agency reported. 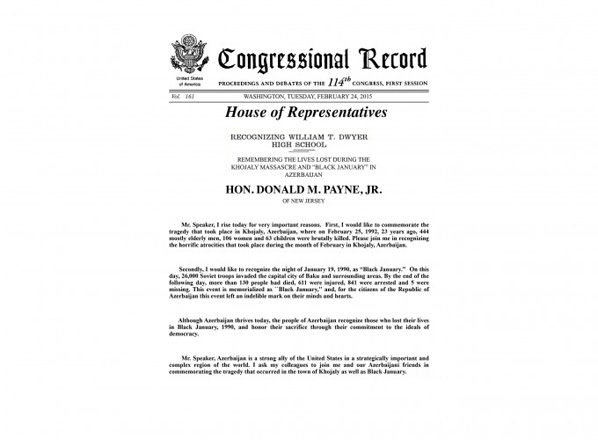 Congressman from New Jersey (USA) Donald Payne made a statement in the US Congress in connection with the 23rd anniversary of the Khojaly tragedy, Azertag state news agency reported.

In his statement, Payne urged other Congressmen to recognize the merciless genocide committed in Khojaly.

Payne also said that Azerbaijan is an important ally of the US in the strategically important region.