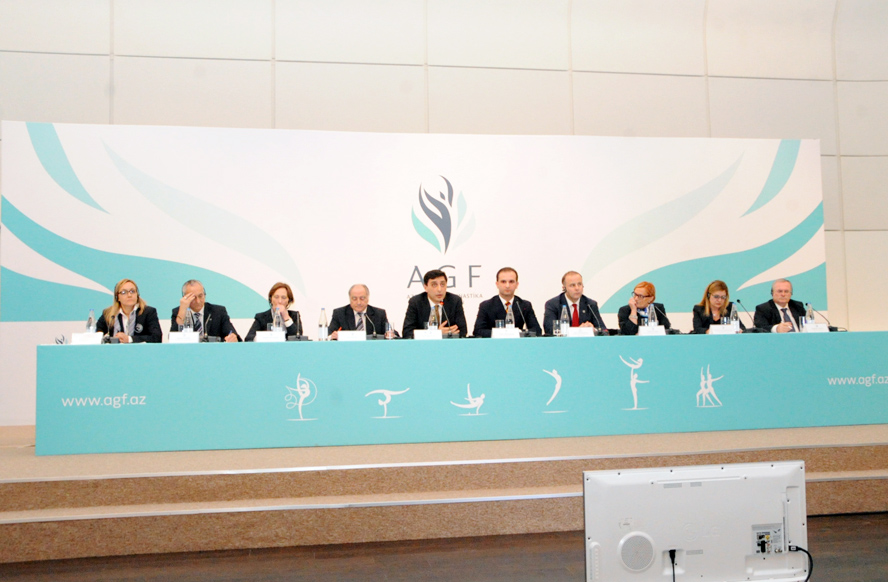 Holding such events as the Open Joint Azerbaijan Championships in Gymnastics Disciplines, which is a testing event in nature on the eve of the First European Games, is very important, the President of the European Union of Gymnastics (EUG) Georges Guelzec said March 3.

He made the remarks at a press conference in Baku, Azerbaijan.

Guelzec said these competitions were difficult to organize.

"Spectators will enjoy this show," he added. "Such competitions are, as a rule, very dynamic."

He also said the development of gymnastics is aimed at the benefit of human health, and gymnastics is important for population, namely children.

In turn, the Baku 2015 Sport Director Pierce O'Callaghan said that an extremely exciting and historic period is coming for the European sports.

He said that currently, events are being held to prepare for the First European Games, to be held in June in Baku.

"These test events are very very important for us," O'Callaghan said. "They test the venue."

He further said there is still much to be done, adding that the organizing committee works very closely with international sports federations.

"All the people of Azerbaijan will be proud of the experience of the European Games," O'Callaghan added.

O'Callaghan said some facilities for the First European Games are still in the process of construction.

"This is an opportunity to test six different disciplines in gymnastics," he said. "This is the first time in history, when six disciplines are taking place."