Winners of day 3 of Azerbaijan Championship in Artistic, Acrobatics Gymnastics 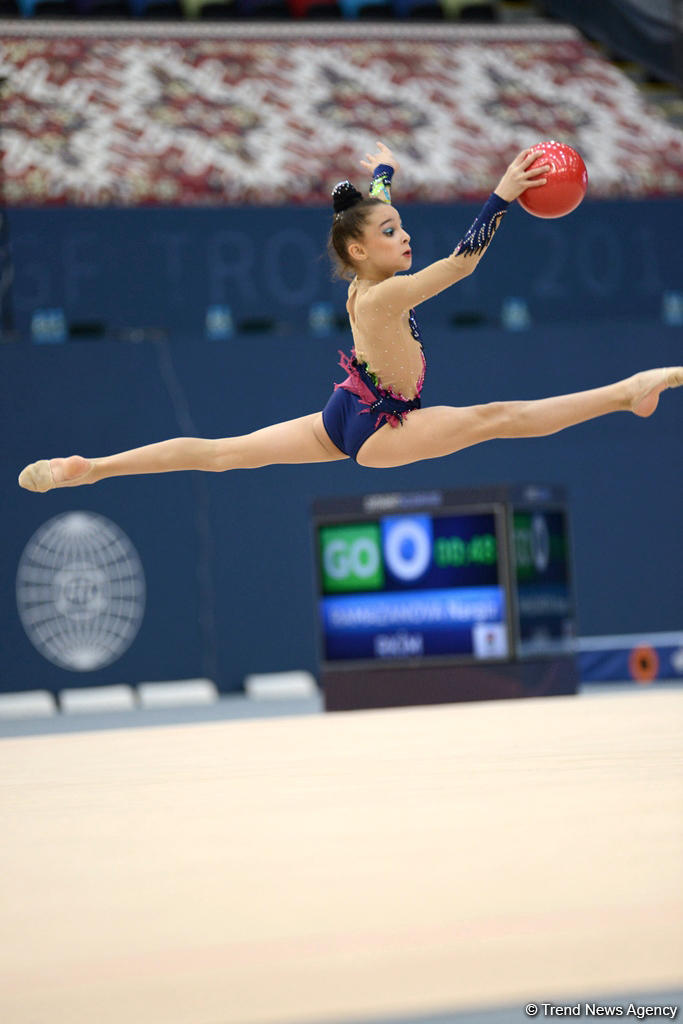 Aerobic and rhythmic gymnasts are competing on the third day of the event.

Narmin Bayramova became the winner of the championship and the championship of Baku in the rhythmic gymnastics in the all-around among the pre-juniors. Fidan Yusifzade won second place, and the bronze medal went to Aline Gezalova.

In competitions among women in aerobics, the first two places were taken by the representatives of Azerbaijan - Evelina Kozlovskaya won, Maryam Topchubasheva took second place. The third place went to the Bulgarian gymnast Kristina Kostova. Team from Bulgaria won in the women's group competitions, a silver medal was won by representatives of the team "Ojag 2", the third went to "Ojag 1". But in trios the gymnasts "Ojag 1" showed the best result, and after them were located two Bulgarian trios.