Baku hosted a ceremony of awarding the winners of the hoop and ball exercises at the Azerbaijan Gymnastics Federation (AGF) Junior Trophy International Tournament on April 24.

The second day of the Azerbaijan Gymnastics Federation (AGF) Junior Trophy International Tournament kicked off at the National Gymnastics Arena in Baku on April 24.

Athletes from 18 countries are participating in the tournament. 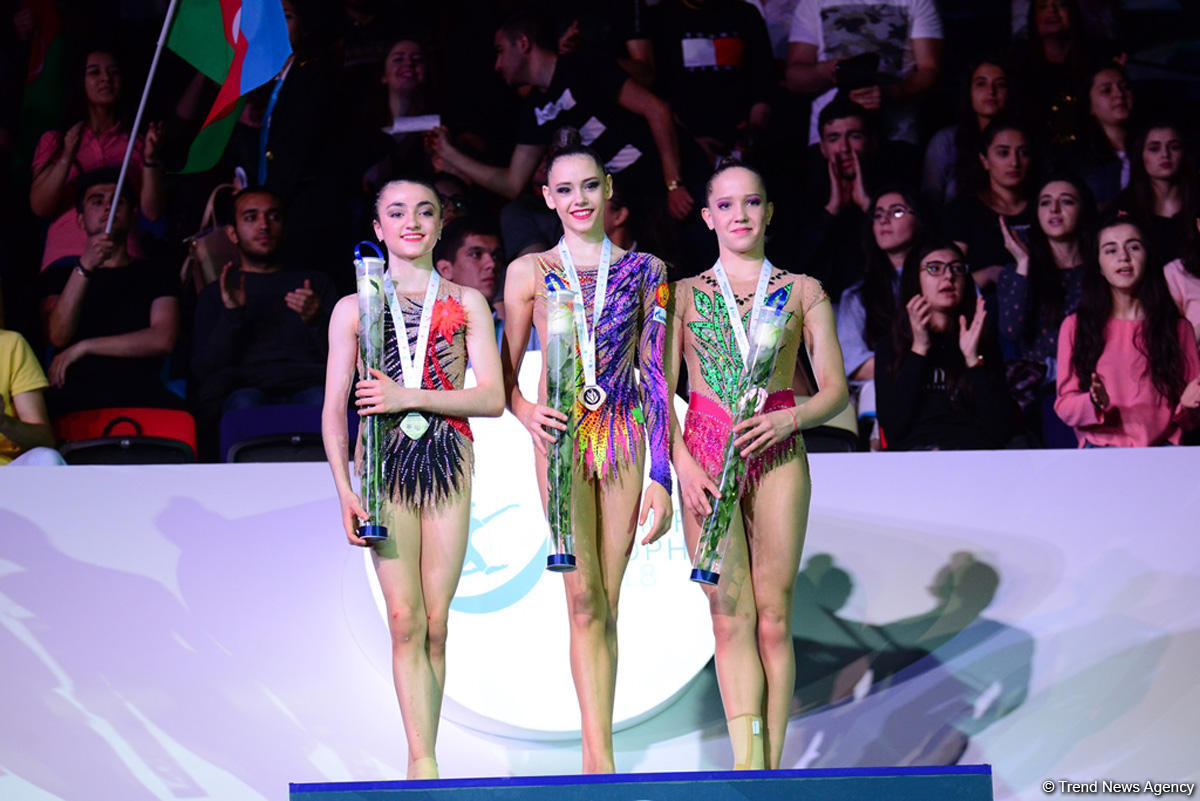