Foreign tourists are delighted with the visit to Baku and the Formula 1 SOCAR Azerbaijan Grand Prix 2019, Trend reports.

Tourists from Russia’s Kemerovo city Maria, Anna and Denis stressed the high level of organization of Formula 1 races in the country.

Sharing impressions about Baku, they said that they were amazed by the architecture of the city and the hospitality of the residents.

Michael, who came from Germany, really liked the sights of Baku. Many tourists are surprised by the old and modern architecture, as well as a big number of beautiful parks.

A tourist from St. Petersburg Alexander, who visited Baku for the first time, was delighted with the level of organization of Formula 1 races. He stressed that he was surprised by the convenient location of the races.

While answering the question about the first impression about Baku, Sergey from Moscow said that he was very pleased with the city and the organizers of Formula 1.

Yuri Zhukov from Moscow was also impressed with beauty and architecture of Baku.

The Formula 1 SOCAR Azerbaijan Grand Prix 2019 was held in Baku on April 28.

Lewis Hamilton of Mercedes came in second, while Sebastian Vettel of Ferrari came in third.

The length of the Baku track where teams competed for the championship is just over six kilometers. The length of the widest part of the track is 13 meters, and the narrowest width is 7.6 meters between the turns 7 and 8, which are situated along the Icheri Sheher (Inner City). 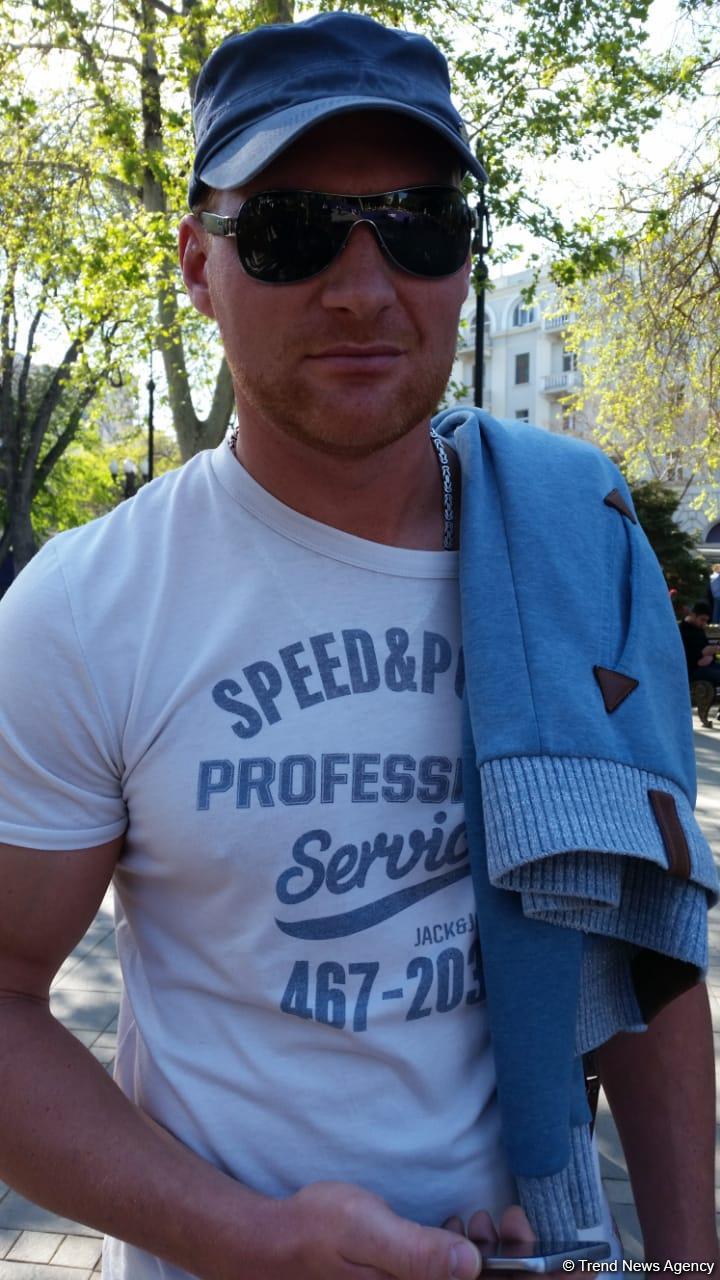