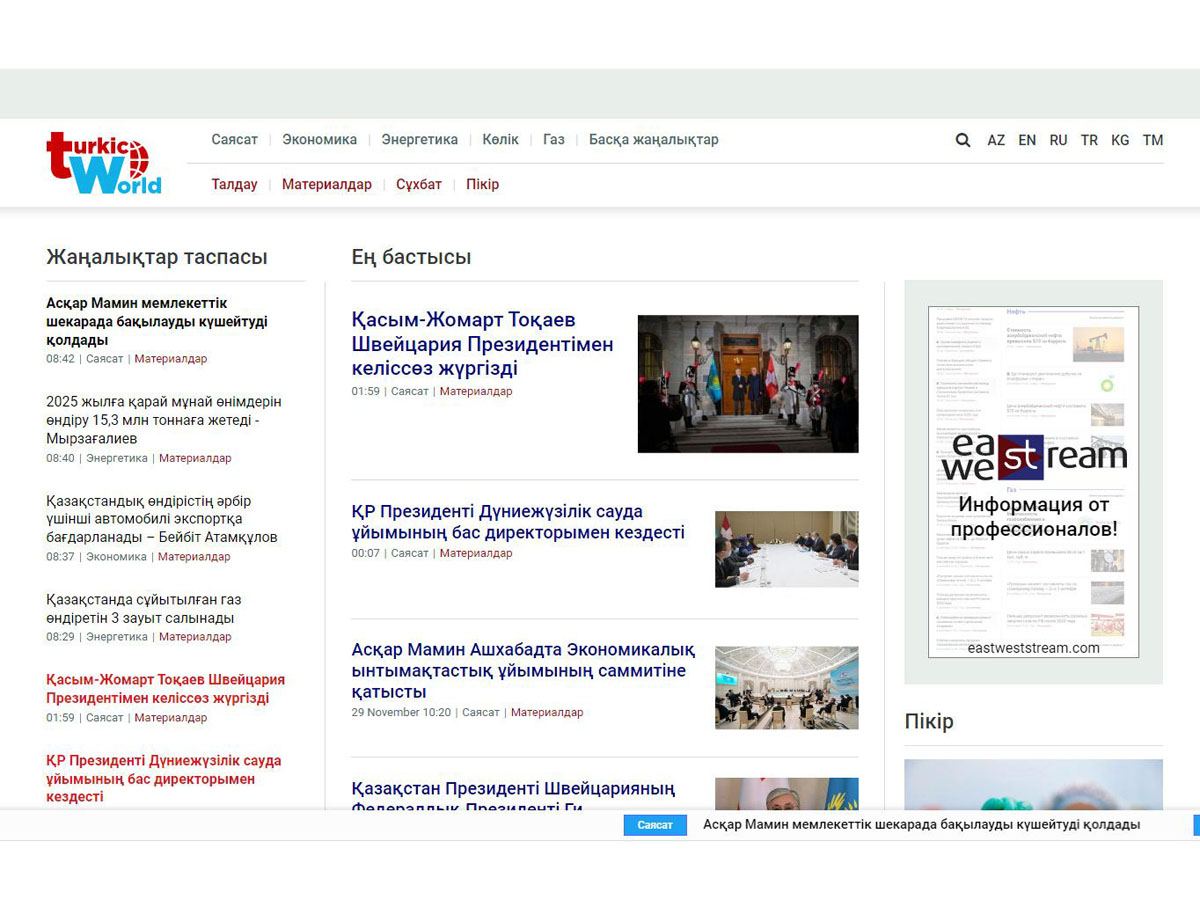 Kazakhstan’s Kazinform JSC joined the Turkic World project (www.turkic.world) - a media platform that unites the news about the Turkic-speaking states, created on the initiative of Trend News Agency and the Turkish Albayrak Media Group.

A corresponding agreement was reached during a meeting between head of Trend News Agency Ilgar Huseynov and Vice Minister of Information of Kazakhstan Kemelbek Oishybayev and chairman of the management board of Kazinform JSC Yeldos Nashirali in Nur-Sultan.

From now on, the news will be published on the Turkic World platform not only in the Azerbaijani, Turkish, Kyrgyz, Russian, English, Turkmen languages, but also in Kazakh language.

Kazinform JSC is the first leading state news agency in the Republic of Kazakhstan having the international status. Kazinform has been publishing information about politics, economics, education, health care, sports, culture and other important spheres of society for over 100 years.

The presentation of Turkic World unique digital project - www.turkic.world was held in Baku on May 24, 2021. The leaders, diplomats of the Turkic-speaking states, parliament members and public representatives attended the presentation.

The unique software of the project allows connecting all the leading media outlets of the Turkic-speaking states to the created media platform.