rapindustry.com Two icons of the hip-hop world, Diddy and Snoop Dogg, have unveiled plans for a major co-headlining European concert tour. The historic 18-city trek will see the superstars sharing stages in nine countries across the continent. The Snoop/Diddy tour will kick off on March 12th at Oslo, Norway's Spektrum, then travel across Europe through an April 2nd date at the UK's Nottingham Arena. Along the way, the itinerary will make stops in Denmark, Germany, Switzerland, France, Belgium, Holland, and Ireland. Among the momentous tour's many highlights will be a pair of two-night stands in Paris (on March 21st and 22nd) and Dublin (on March 31st and April 1st).

The shows will see Diddy performing tracks spanning his extraordinary career, including material from his blockbuster new Bad Boy album, "PRESS PLAY." The hip-hop impresario's first solo collection in five years, the album recently made a stunning debut atop the Billboard 200, marking Diddy's return to the #1 spot after nine years. "THA BLUE CARPET TREATMENT" is Snoop Dogg's eighth solo album to date and has been well received by music critics as his best musical body of work since his classic album debut in 1993. The Doggystyle/Geffen release sees the rapper, producer, actor, entrepreneur, coach, husband, and father reconnecting with the man that put him in the game, production wizard Dr. Dre, with three songs from the dynamic duo. Snoop once again will be touring with his dynamic band The Snoopadelics. 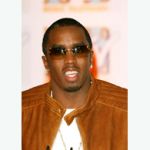