Minister: Payments to Azerbaijani population to be about 5B manat in 2020 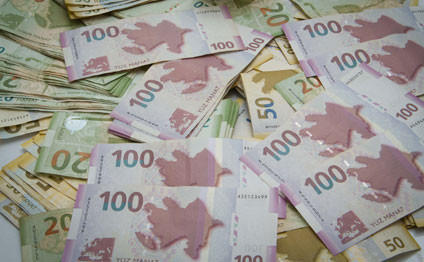 In 2020, payments to the population by Azerbaijan’s State Social Protection Fund will amount to 4.6 billion manat ($2.7 billion), and 50 million manat ($29.4 million) will be allocated to finance targeted social assistance, Azerbaijan’s Minister of Labor and Social Protection of the Population Sahil Babayev said during the discussion of the draft budget for 2020 in the parliament, Trend reports Nov. 13.

Babayev noted that expected revenues to the budget from extra-budgetary organizations will amount to 76.2 million manat ($44.9 million).

The minister emphasized that as a result of the work carried out, the salary fund increased significantly over the ten months.

“As Azerbaijani President Ilham Aliyev noted, Azerbaijan is a socially oriented state,” Babayev added. “Social well-being of citizens lies in the core of measures being implemented under the leadership of the head of state. Payments to the population are expected to increase in 2020. It is safe to say that they grow every year. Next year, expansion of the self-employment program is also envisaged.”