A 15-kilometer section of the asphalt road of the third technical category was built in 1976-1977. As a result of movement of large-capacity vehicles on this road for a long time, the road was deformed.

Some 10,000 cubic meters of road surface were scraped off in some places within the project for the road to have the standard width. Either the pipes or their heads are replaced throughout the road due to unsuitability.

The rectangular reinforced concrete pipes with a 2x2 cross section were installed on the 3rd and 8th kilometers of the road instead of small bridges.

In parallel with this work, the road base was laid. This work covered a plot of 200,000 square meters. Asphalt was laid.

Moreover, a 79-meter-long bridge over the Shamkir river, on the 9th kilometer of the road, built in 1989, was reconstructed. The water-regulating concrete structures were built on both sides of the bridge.

Some 30 mileage indicators, 80 traffic signs, 660 signal devices were installed, as well as road markings were painted for normal traffic.

The reconstruction of the Shamkir-Abbasli-Narimanli road will serve to improve the situation with transport in eight settlements with a total population of 71,000 people and will also play an important role in the development of the economy and agriculture in the district. 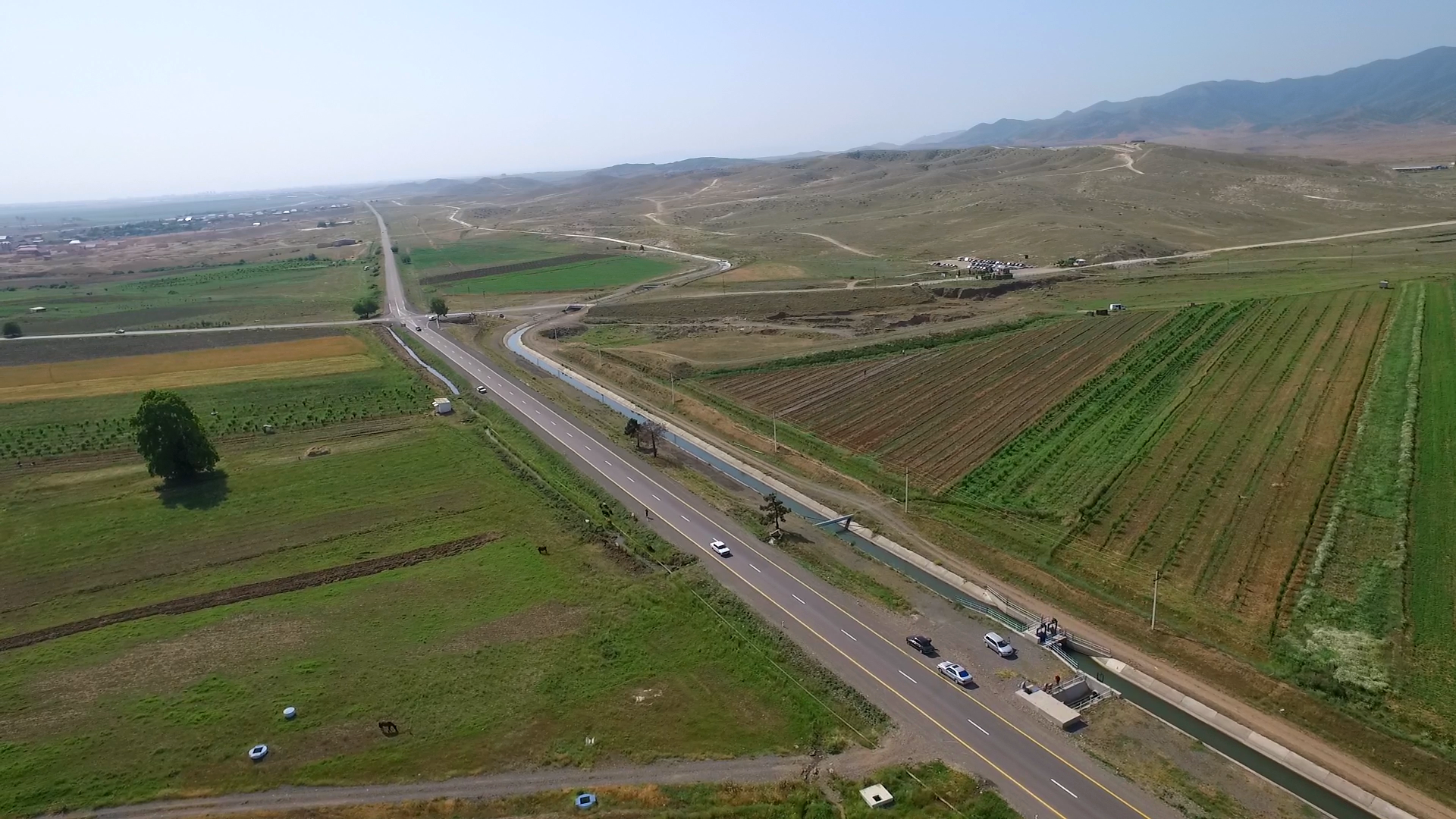