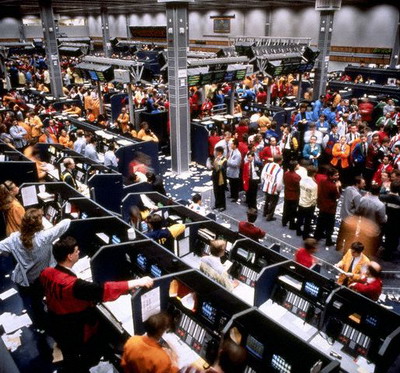 Shares have risen by more than 2% in early trading in Japan, boosted by a late rally on Wall Street.

Asian markets bounced back after the US publicised plans aimed at stabilising its financial systems.

US stock indexes had recovered after Tuesday's surprise decision by the Federal Reserve to cut interest rates.

In early trading on Thursday, Japanese stocks jumped 2% after a Wall Street rebound on optimism that a rescue plan for American bond insurers may be in the offing.

The plan would bail out bond insurers, which lie at the heart of the financial system, guaranteeing about $2 trillion of assets.

All three US stock market indexes erased deep losses on Wednesday to end strongly ahead. The Dow Jones rose 2.5% at 12,270.17, while the Nasdaq turned around a 4% decline.

Panic had swept through stock markets worldwide earlier this week on fears that key global economies will enter recession.

On Tuesday, the US Federal Reserve made its biggest rate cut for 25 years to stoke up growth and bolster markets.

However, worries persisted that the move may have come too late, as many firms have already reported lower profits and a worsening business environment.

News of the US government plan to inject capital into bond insurers gave fragile confidence in the financial sector a boost and sent shares in banks, including Citigroup and JP Morgan surging, while technology firms also gained.

On Tuesday, the European Central Bank hinted it would not follow the Fed by slashing rates, and analysts said the Bank of England was unlikely to accelerate rate cuts.

Speaking to the BBC, billionaire investor George Soros said it was going to be difficult for the UK and US to avoid a recession, even after the Fed cut its main interest rate to 3.5% from 4.25%.

"You do have to rescue markets otherwise you would go into a depression, as you did in the 1930s," he said.

So far this year, the FTSE 100 has lost more than 13% of its value, wiping about ?225bn off the total value of the companies listed on the index.

Germany Dax's index has been one of the worst hit in Europe, down almost 20% this year.