Realization of the project to open the railway Baku-Tbilisi-Kars will create conditions for further strengthening of strategic cooperation between Azerbaijan, Georgia and Turkey, Turkish Transportation Minister Binali Yildirim said at the second meeting of the Coordinating Council in Baku today.

He said that now the parties cooperate within two major energy projects - Baku-Tbilisi-Ceyhan oil pipeline and Baku-Tbilisi-Erzurum gas pipeline. The establishment of railway communication between the two countries will further strengthen strategic cooperation.

The opening of this rail link will provide a way out of Asia through the Caucasus and Turkey to Europe.

Minister said that holding of the second meeting of the coordinating council is very important in terms of a dialogue between the parties to discuss the progress of the project and resolve problems.

Azerbaijani Transport Minister Ziya Mammadov said that the work is carried out in accordance with the schedule. Afterwards, the Baku-Tbilisi-Kars railway will provide a direct rail connection between the three countries.

Georgian minister of regional development and infrastructure Ramaz Nikolashvili said that Azerbaijan and Georgia held talks on the transport corridor. He expressed confidence that the agreements will ensure timely implementation of the Baku-Tbilisi-Kars project and putting it into operation in time. 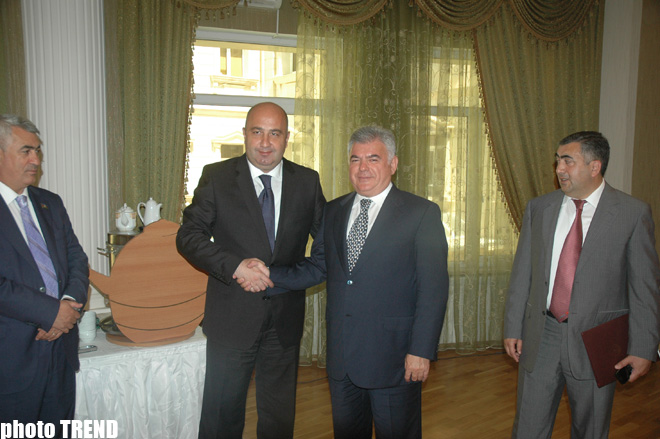