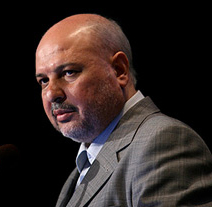 According to him, the negotiations to be held by the Minister in Baku are scheduled to focus on bilateral energy relations and joint projects.

The possibility of signing a long-term agreement on deliveries of Azerbaijani gas to Iran is not excluded.

Azerbaijan and Iran are currently cooperating particularly in the gas sector and power exchanges.

Azerbaijan and Iran are connected by the Gazi-Magomed-Astara-Bind-Biand gas pipeline, 1,474.5-kilometers long. Its capacity was 10 billion cubic meters a year, but has now gone lower. This route is a branch of the Gazakh-Astara-Iran pipeline commissioned in 1971 as a result of which, three compressor stations, namely Gazi-Magomed, Aghdash and Gazakh, were built, with a Pipeline diameter of 1,200 mm.

SOCAR is currently reconstructing gas infrastructure, which will increase gas transportation to Iran.

Now Azerbaijani gas is supplied to Iran in order to deliver this fuel to the Nakhchivan Autonomous Republic (NAR). Expansion of the station in Astara will fully provide gas to NAR. In case of free volumes, the SOCAR will be able to sell excess gas to Iran. Iran is interested in purchasing roughly 5 billion cubic meters of Azerbaijani gas per year.

The Organization of the Petroleum Exporting Countries (OPEC) was founded in Baghdad, Iraq in September 1960.  Currently, the Organization has a total of 12 Member Countries.