The first phase of the project to construct the Baku-Tbilisi-Kars railway is in its final stage, the head of Azerbaijan Railways Arif Asgarov said on Wednesday during the fourth Congress of the Council of the International Confederation of Trade Unions of Railwaymen and Transport Builders in Baku.

"The first section of the project involves work on the rehabilitation, reconstruction and construction of the 29.2 kilometres long Marabda-Tetritskaro segment," Asgarov said.

According to him, work is underway on the second phase of the project with the building of Akhalkalaki station and construction of the tunnel between Georgia and Turkey being launched within the third phase.

"The second stage involves work on the 49.7 km long Tetritskaro- Tsalka section, while the third stage is on the 74.1 km long Tsalka-Akhalkalaki section," the head of company said. "Intensive work is currently being carried out on the creation of a joint venture."

According to Asgarov, work on the creation of new rail road is planned to be completed in the first quarter of 2014. In addition, work is underway on building the Kars-Nakhchivan railroad.

Azerbaijan assigned a loan of $775 million for the construction of the railway's Georgian section. This project is financed by the State Oil Fund of Azerbaijan in compliance with the order of the President of Azerbaijan 'On the Implementation of Measures on Baku-Tbilisi-Kars Project' of February 21, 2007'. Since the beginning of the project financing to October 1 2012 is by the State Oil Fund which allocated $403.3 million.

It is planned to construct a new 105-kilometre branch railroad within the Baku-Tbilisi-Kars project. In addition, the section of the Akhalkalaki-Tbilisi-Marabda railway will be reconstructed in Georgia which will increase its capacity to 15 million tons of cargo per year. It is planned to build a centre in Akhalkalaki for the transition of trains from the existing train tracks in Georgia to the European one. 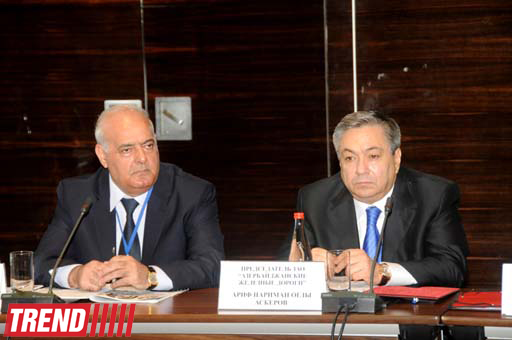