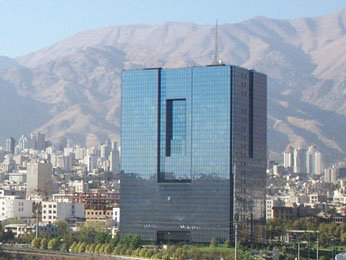 The Central Bank of Iran (CBI) will issue larger bank notes in near future, Behzad Qiasvand, an official with the CBI, said on Saturday.

Iran's number if bank notes per capita is far below the global standards, so the Central Bank plans to issue larger bank notes, the ISNA News Agency quoted Qiasvand as saying.

He went on to note that 500,000-rial (some $40.7 based on the official rate of USD) travel checks account for 55 percent of the people's transactions. It is while only 5 percent of CBI's printed bank notes are travel checks.

Majid Saniei, another official with the CBI, said on May 15 that the Central Bank of Iran plans to issue 200,000-rial (some $16.3 based on the official rate of USD) banknotes.

The mentioned banknotes will have twice the value of the largest ones in circulation, the ISNA News Agency reported.

The bank will start printing the banknotes as soon as it receives permission from the Ministry of Economic Affairs and Finance, Saniei said, adding that the CBI will carry out the project by the end of the current Iranian calendar year (March 21, 2014.)

He went on to note that the Central Bank is also seeking approval for 500,000-rial and 1-million-rial notes.

Iran's national currency, the rial, has weakened in the past year as the Persian Gulf country battles U.S. and European Union economic sanctions which have contributed to an inflation rate nearing 30 percent.