Issues regarding standardization, metrology and patent were discussed at a meeting of the Caspian European Club (CEIBC) held in Baku on April 9 with participation of Ramiz Hasanov, Chairman of Azerbaijani State Committee for Standardization, Metrology and Patent.

Information about the state committee was presented to the CEIBC member companies during the meeting.

"It would be easy to have all world standards translated into Azerbaijani and deploy them in Azerbaijan. We are conducting stage by stage introduction and taking the market requirements into account," he added.

Hasanov also said that a twinning project, covering 24 months is currently underway. The project is aimed at improvement of the legislation in the field of standardization.

"The option of creating an electronic file of standards is currently being considered," the chairman of the state committee stressed.

He said that Azerbaijani President Ilham Aliyev declared 2014 the Year of Industry.

Speaking about the development of the industrial sector, Hasanov emphasized that a technical committee, based on Sumgayit Technologies Park, was created in March.

Standards, to be introduced in the near future, have been defined thanks to this work. Apart from this, a technical committee engaged in petrochemistry was created jointly with SOCAR.

In general, based on international standards, the state committee plans to adopt about 300 standards in Azerbaijan this year.

A new service has also been created in the field of metrology. Thanks to this service, the most modern laboratory of the South Caucasus was created in Azerbaijan last year jointly with the Agency for Nuclear Energy.

The national standard base is also planned to be modernized this year, the head of the committee added.

Speaking about the accreditation, Hasanov stressed that the new law about accreditation has already been prepared and submitted to the parliament of Azerbaijan for consideration. The draft bill has passed through two readings and is expected to be adopted within two months.

Hasanov also said the state committee is conducting an active work concerning industrial property - the patents. The work in this direction is carried out with corresponding structures of the UN.

He stressed that the certification in Azerbaijan is carried out in accordance with international standards. The state committee has so far accredited 30 companies in this sphere.

Hasanov also touched upon the introduction of Euro-4 standard in Azerbaijan starting from April 1.

"Since there is a small difference between Euro-4 and Euro-3, the head of state decided to introduce Euro-4 standards in Azerbaijan", he said.

Due to the introduction of new standards, today Azerbaijan imports Premium-95 petrol that fully meets Euro-4 and Euro-5 standards.

Addressing the session, Telman Aliyev, the President and CEO of the CEIBC spoke about the forthcoming 1st International Caspian Energy Forum-2014, to be held in Baku on April 23.

Telman Aliyev said the forum will have a one-day agenda consisting of two parts. The first part will cover the development of the oil and gas, energy and environmental sectors.

He also said CEIBC was established in June 2002 in association with Caspian Energy International Media Group and under intensive support of largest oil and gas companies operating in the Caspian-Black Sea region.

Ilham Aliyev, President of Azerbaijan, has been the chairman of CEIBC.

Telman Aliyev said the CEIBC has promoted attraction of oil sector revenues into development of the non-oil sector since its establishment. CEIBC is operating in 50 countries worldwide, carrying out an active work in maintenance of the dialogue between government agencies and the private sector.

Following the meeting Ramiz Hasanov, Chairman of the State Committee for Standardization, Metrology and Patent of Azerbaijan, was presented CEIBC honorary membership certificate. 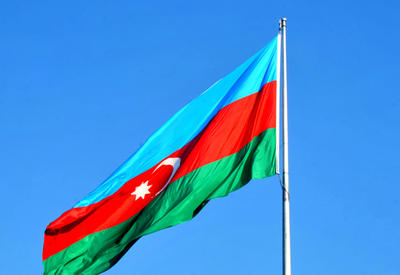