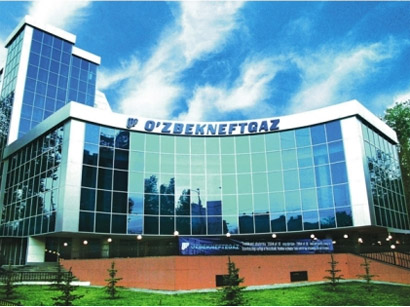 Uzbekneftegaz JSC by the end of the year will carry out modernization and reconstruction work at 12 technological objects and put into operation gas pre-treatment units, Trend reports referring to the press service of the company.

According to Uzbekneftegaz, in order to unconditionally ensure the fulfillment of the established indicators, a meeting was held under the leadership of the Chairman of the Board of Uzbekneftegaz JSC Mehriddin Abdullayev and tasks were defined.

During the meeting, the indicators of Uzbekneftegaz JSC, scheduled for implementation within nine months of 2021, were analyzed.

In this regard, the relevant responsible persons were instructed to regularly continue work on geological exploration, drilling, overhaul and, above all, financing of the mentioned work.

The Chairman of the Management Board determined measures for drilling 109 wells, workover, stimulation and perforation of 275 wells in the second half of the year.

In turn, by the end of the year, 12 technological facilities will be modernized, reconstructed, and gas pre-treatment units will be put into operation.

Also, from September through November, compressor stations will be put into operation at the Denizkul and Zhanubiy Tandircha fields, which will result in an additional daily production of 1.5 million cubic meters of natural gas.

In addition, the issues of implementation of investment projects, transformation, export, as well as digitalization and informatization were considered separately.