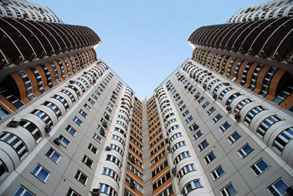 Lending to legal entities involved in the real estate sector in Azerbaijan has grown in the first half of 2021, Trend reports citing the statistical report of the Central Bank of Azerbaijan (CBA).

Lending to the real estate sector in the specified period was mainly provided to private institutions, and operations were carried out mainly in foreign currency.