Oil&Gas Materials 8 August 2011 11:46 (UTC +04:00)
The ammoniac reservoir was punctured at the Iranian Pardis petrochemical complex in the Asalluyeh region 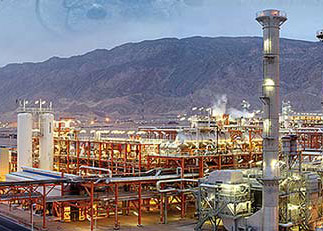 The ammoniac reservoir was punctured at the Iranian Pardis petrochemical complex in the Asalluyeh region. Workers have been evacuated due to the risk of a freeze within a 3km radius,Mehr reported.

A full alert was issued at Pars Special Economic Energy Zone (PSEEZ) due to a puncture in one of the ammoniac reservoirs in Phase one of the Pardis petrochemical complex, early Monday morning.

The high temperatures of ammonic injected into reservoirs increased the pressure inside, leading to a 3cm puncture.

There have not been any casualties resulting from the incident so far. The technical team aims to evacuate and transfer ammoniac to the urea production line.

Explosion at Perdis oil refinery left 6 dead and injured in August 2010, too.